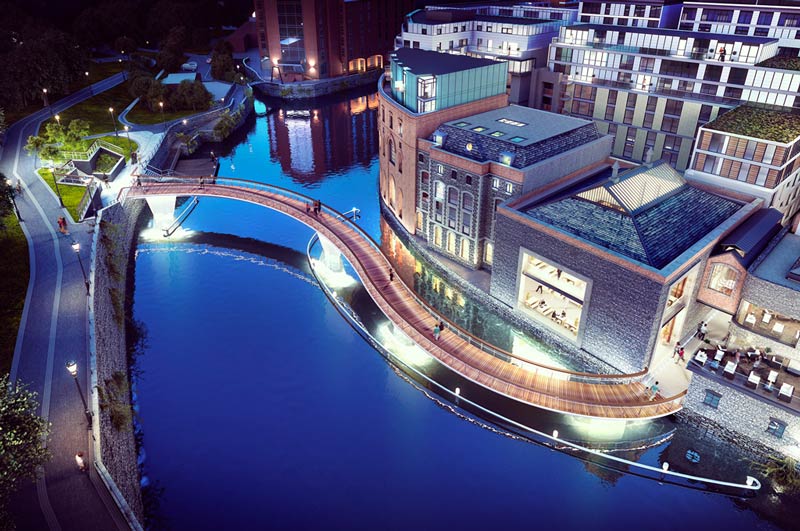 When we humans see a massive river or a gorge between us and where we want to get to go, it’s human instinct to want to build a socking great bridge over the gap.

Despite what politicians might make some of us think we want, the one urge we truly have is to be connected to everyone else. Bridges are the symbolic glue that binds us together.

Today’s superbridges are being built longer and higher than ever – the Jiaozhou Bay Bridge in China is 16 miles long, while Lord Foster’s Millau Viaduct in France is taller than the Eiffel Tower. We seem to have a new appetite for show-off bridges too: Bristol is getting a new “Twisting Bridge” over the Avon, and the Firth of Forth in Scotland will be crossed in 2016 by a huge new bridge, the Queensferry Crossing.

Four new bridges are planned to span the Thames in London alone. A timely new exhibition at the Museum of London in Docklands, called Bridge, uses photos, paintings and video to look back at the history of bridging the river through the capital – and at future plans for links from Pimlico to Nine Elms, the Diamond Jubilee Bridge from Chelsea Harbour to Battersea Park, the new East London Bridge from Beckton to Thamesmead, and Thomas Heatherwick’s flashy Garden Bridge from Temple across to the South Bank.[…]

July 28, 2015
1
OMA has been chosen by Brighton College to design a new building that will accommodate its Sport and Sciences departments.