The implantation site is Ejido Guadalupe Victoria in San Filipe del Agua, a little village in the state of Oaxaca, located in the southern Mexico. 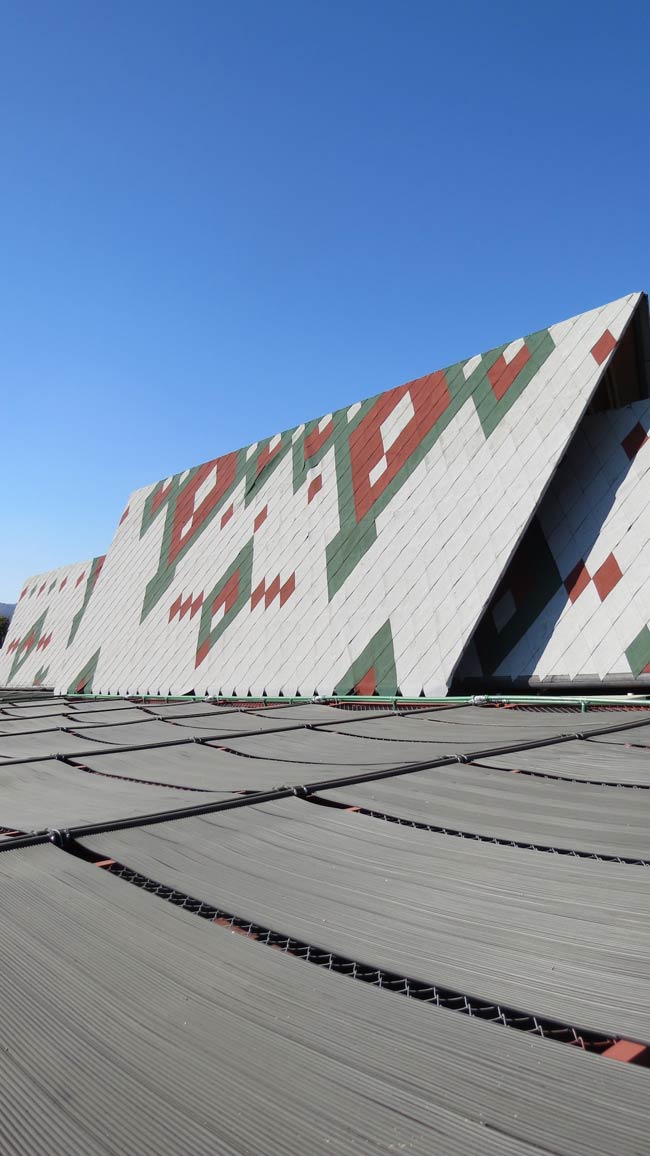 The idea was to create a sculptural piece, with the impact of an important public space that could show the aesthetic and structural potentiality of bamboo and clay, revitalizing the old and almost forgotten vernacular techniques, and so change the mentality of the people. 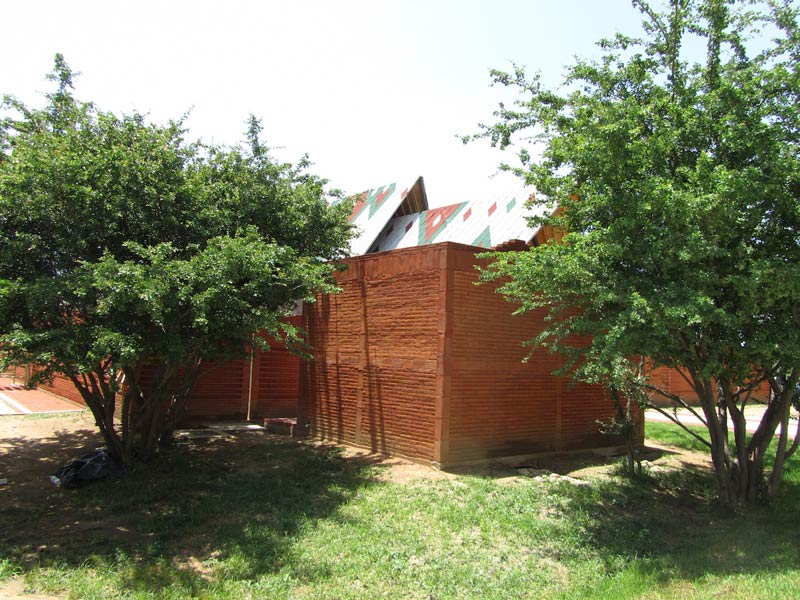 The building is formed by a symmetric piece with two independent volumes, with a central corridor that constitutes the main circulation area – a fresh space protected by the big bamboo roof. A secondary circulation path was created around the volumes, an alternative to the main corridor that allows users to exit without disturbing the classes and represents an escape path in case of emergency. 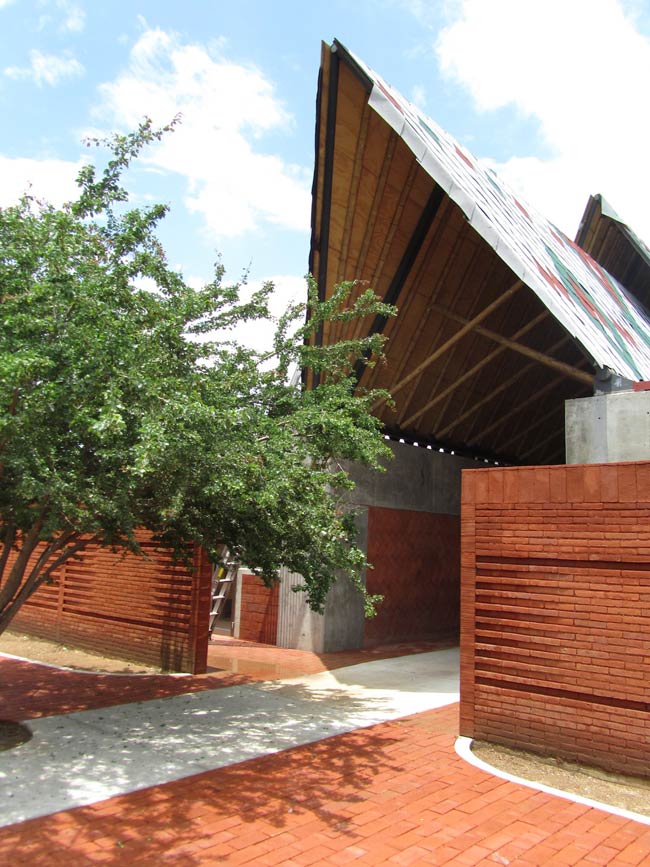 The walls are formed by red bricks, fixed with red clay, a raw material that was searched in the nearby villages, so the joints could have the same color of the red baked earth bricks. This constructive system has been used in the traditional construction of Oaxaca, often in self-construction methods as a masonry or a coating material, in big and small scale buildings. In this case, red bricks were used due to its aesthetic potentialities, allowing the creation of different textural patterns in all the walls. For example, the texture created in the exterior wall makes is an allusion of the human spinal column. 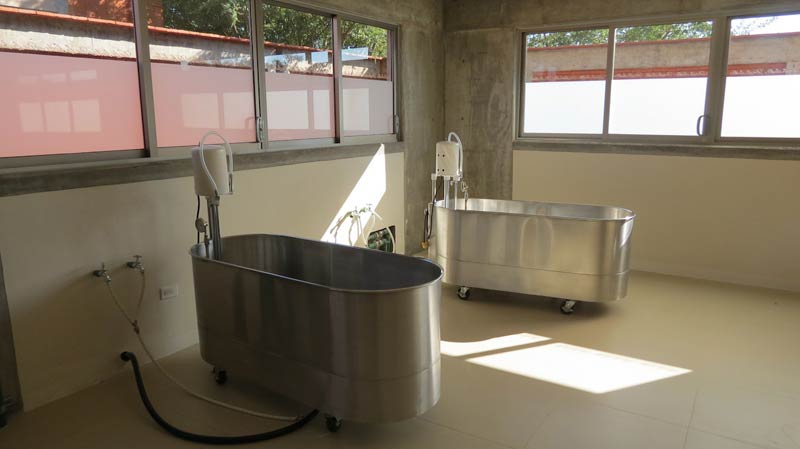 The big and colorful roof was formed by a steel frame structure, completed by bamboo beams covered with plywood. The connections between the bamboo and the metal structure were designed adhoc for this building, but they represent a simple and useful low-cost solution made with common elements welded together, easily applicable by self-constructors. The plywood was covered with a layer of asphalt cardboard in different colors. The pattern created reproduces the natural pattern of a local viper, an image that can be easily recognized in the landscape. In the interior, the image created seems to be related with the human bones by its natural texture.

December 14, 2015
0
The unit has been organized around a patio with the function of central court around which the home’s life takes place