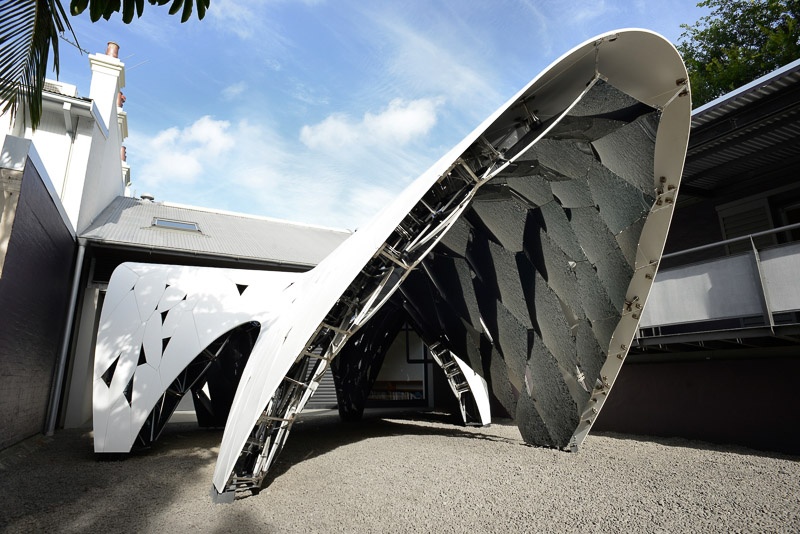 One of Melbourne’s oldest parks, Queen Victoria Gardens has the unfortunate fate of being wedged between somewhere and somewhere else. With the attractions of the Myer Music Bowl and Melbourne Botanic Gardens to its east and the NGV International across St Kilda Road to its west, for all its leafy charms the park is more byway than destination, a condition which over a century’s worth of accumulated civic gewgaws (a flowering clock! Bronze water nymphs! A statue of Queen Victoria hewn from three kinds of rock!) has done woefully little to ameliorate. With the launch of a new initiative that hopes to raise the public profile of architecture and design, however, all that looks set to change – for four months of the year, anyway.

The initiative is the MPavilion. A ‘public-private partnership’ between fashion doyenne and philanthropist Naomi Milgrom’s eponymously named foundation, the City of Melbourne and the Victorian State Government, the MPavilion is described by its organisers as a Melbourne take on London’s popular Serpentine Pavilion. Much like the Serpentine, the MPavilion will be a temporary pavilion in a park, designed by an architect. That, for now though, is about where the similarity ends.

Green roofs and walls – a growth area in urban design

House of Respect and Happiness / studio_GAON

September 22, 2014
0
The owners of this house asked us to name the house as ‘House of Respect and Happiness’. It was just full one year since they were married.