“Nothing is more important to life than water, and no one knows water better than Sandra Postel. Replenish is a wise, sobering, but ultimately hopeful book.”

“This clear-eyed treatise hops around the world outlining real-world solutions that are already being implemented to affect change on the ground…Postel makes her case eloquently.”

“An informative, purposeful argument about why we must accept the moral as well as practical responsibility of water stewardship.”

Replenish: The Virtuous Cycle of Water and Prosperity

Washington, DC (August 31, 2017)—If disasters related to droughts, floods, and other extreme weather seem more common globally, it’s because they are: nearly twice as many such disasters occur annually now as 25 years ago. These problems are not going away. Last year, the World Economic Forum declared water crises to be the top global risk to society over the next decade. As we look to safeguard clean drinking water, manage and adapt to more frequent droughts and floods, and balance environmental protection with economic progress, renowned water expert Sandra Postel’s Replenish: The Virtuous Cycle of Water and Prosperity (Publication Date: October 10, 2017) comes at a critical time. It shows how cities and farms around the world are finding relief from an unexpected source: a healthier water cycle. 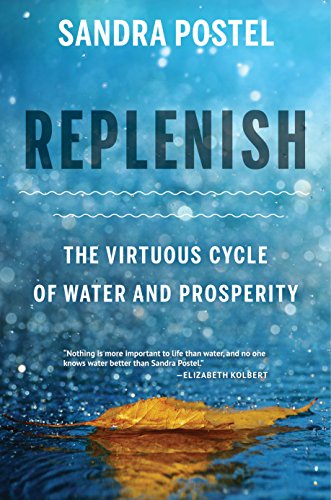 Replenish: The Virtuous Cycle of Water and Prosperity
$50.32
Buy Now

Replenish demonstrates how we’ve spent centuries trading nature’s services for engineering works—relying on dams and levees instead of floodplains, and on filtration plants instead of healthy watersheds and wetlands. For the most part, we viewed the substitution of technology for nature as a sign of progress. But Postel shows that a new mindset is taking shape—one that blends engineering, ecology, and economics into a more holistic approach that capitalizes on the fundamental value of nature’s services.

“Replenish tells a hopeful story about the future of water security that avoids pitting humans against nature,” said President and CEO of The Nature Conservancy Mark Tercek. “Instead, Postel points to practical, saleable projects where people, governments, businesses, and environments can all benefit.”

In Arizona’s Verde Valley, conservationists, farmers, local businesses, and some half-dozen corporations have come together to return water to the Verde and enable the river to flow continuously again. Other examples of success include Mexico’s Colorado River Delta, where two nations worked creatively with scientists and conservationists to give water back to an ecosystem once written off as dead. Elsewhere around the world, forest rehabilitation is safeguarding drinking water, California farmers are using floodwater to recharge groundwater reserves, and China’s “sponge cities” are capturing rainwater to curb urban flooding.

A lifelong steward of Earth’s finite freshwater, Postel knows that having vibrant economies side-by-side with healthy ecosystems requires re-envisioning our relationship to freshwater—and a new way of thinking about how we use, manage, and value it. Filled with engaging, solutions-oriented stories and written by one of the world’s leading voices on water, Replenish offers a hopeful vision of a secure water future. 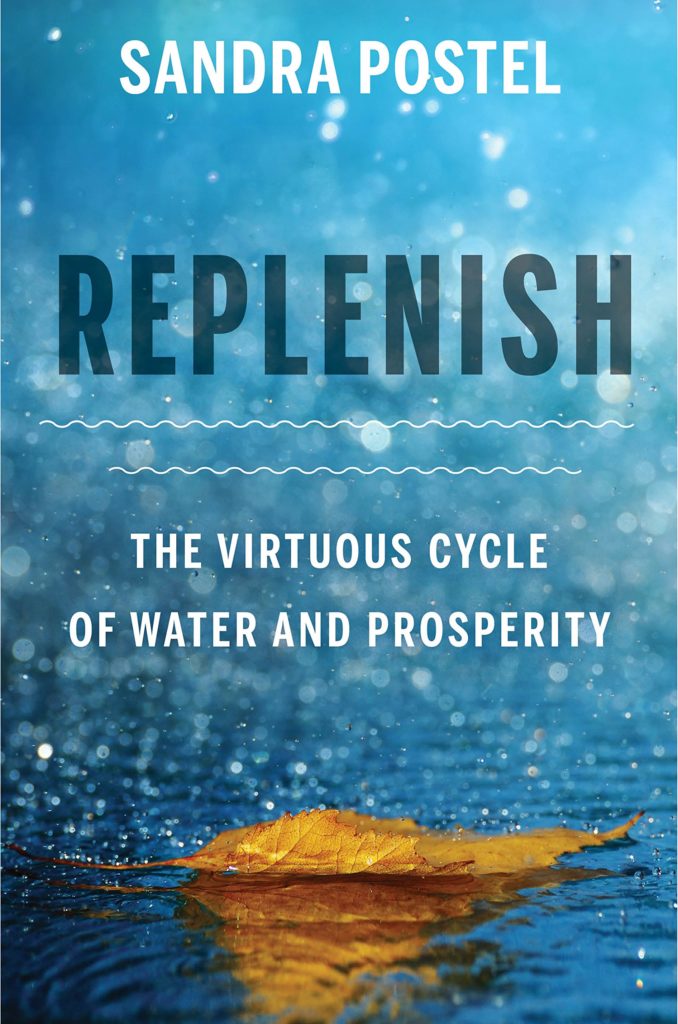 Sandra Postel is director of the Global Water Policy Project and co-creator of Change the Course, the national water stewardship initiative awarded the 2017 US Water Prize for restoring billions of gallons of water to depleted rivers and wetlands. From 2009-2015, she served as Freshwater Fellow of the National Geographic Society. Postel is author of Pillar of Sand: Can the Irrigation Miracle Last? and Last Oasis: Facing Water Scarcity, the basis for a PBS documentary. Her work has appeared in Science, Natural History, and Best American Science and Nature Writing.

July 18, 2014
0
This insightful new publication explores whether architects should take their building's inevitable fate into account.