The house is a frugal yet decisive answer to the need of a family shelter in the midst of a rather recluse site. It is articulated through the creation of two interior courtyards, while the interconnection of its open and closed spaces is served by two juxtaposed corridors -a glass roofed and an open-air one. Its courtyards and living spaces remain inscribed in an austere, yet perforated triangle. Two of its trapezoid, inclined sides retain a deliberate protective massiveness while the third, rectilinear one opens up to the magnetic view of the opposite mountain.

In the midst of 300 olive trees and in-between the Megara plain and the Gerania Mountains, the residence had to make a choice; although the mountainous volume lies to the north, the residence directs itself there -closely- renouncing the distant plain. Of a triangular plan, it forms a funnel to the mountain. Two courts, one at the southern entrance and one in-between the living spaces and the sleeping quarters organize an open-air diversion to the surrounding wilderness: A triangular diversion.

The introvert interpenetration of building mass and void attempts to sooth the fact of the residence’s insertion into an almost recluse landscape. Two differently scaled courts constitute the open spaces of the residence, inscribed in the triangular plan. For the triangular coiling attempted here the simplicity is inherent. Furthermore, the triangle is ‘atrium-like’, namely Mediterranean.

The austere shape seems to be ruptured by two void-atriums, or maybe it is right from the start created for them: The landscape calls for them so that the residence opposes itself to it. The creation of the northern court demanded a higher degree of complication; two columns of triangular section under different directions, a metallic composite one and a hidden, inverted beam at the point of the roof’s bending make part of the structural choreography: the aim is the direct contact of the living spaces with the magnetic mountain. 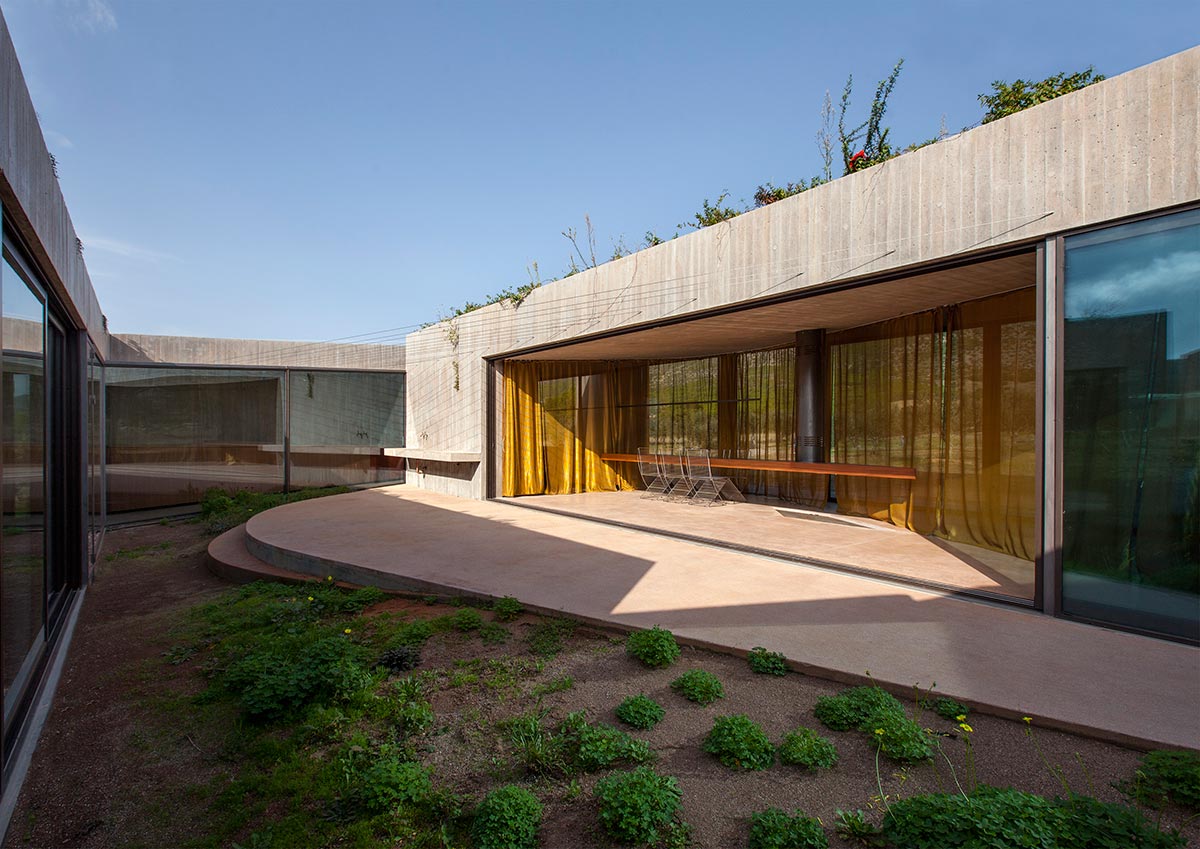 The brownish, transparent color of the exposed concrete shell relates the house to its warm, earthy field. Vertical cuts open up the shell to selected views and direct the sunlight to the interior. The concrete exterior surfaces of the house await for their gradual corrosion by the surrounding plants -coming either out of its welcoming Attica ground or down from its protective elevated garden. The project’s sustainability is attained by passive means; its inclined, protective greenroof. The vegetation of the roof is adjusted to the Greek climatic conditions, in particular those of Attica; lavender, helichrysum, gauras, drosanthemum, thyme. A self-sustaining, biodiverse ecosystem that allows for the building to gradually become part of the landscape.

Everything you need to know about townhouse living in NYC

July 23, 2016
0
Townhouses in New York City may be among the most extraordinary real estate in the city, but owning one is more than the sum of the width and height ...