Lars Hesselgren is a leading researcher and academic in architecture and urbanism. His research in PLP Labs focuses on the technologies that underpin design in the built environment – ranging from novel mobility systems to new sustainable materials in construction. His research has led to the development of several pioneering new mobility systems including Skypod, Cartube and NuMo, in collaboration with RISE, the Swedish Research Institute. 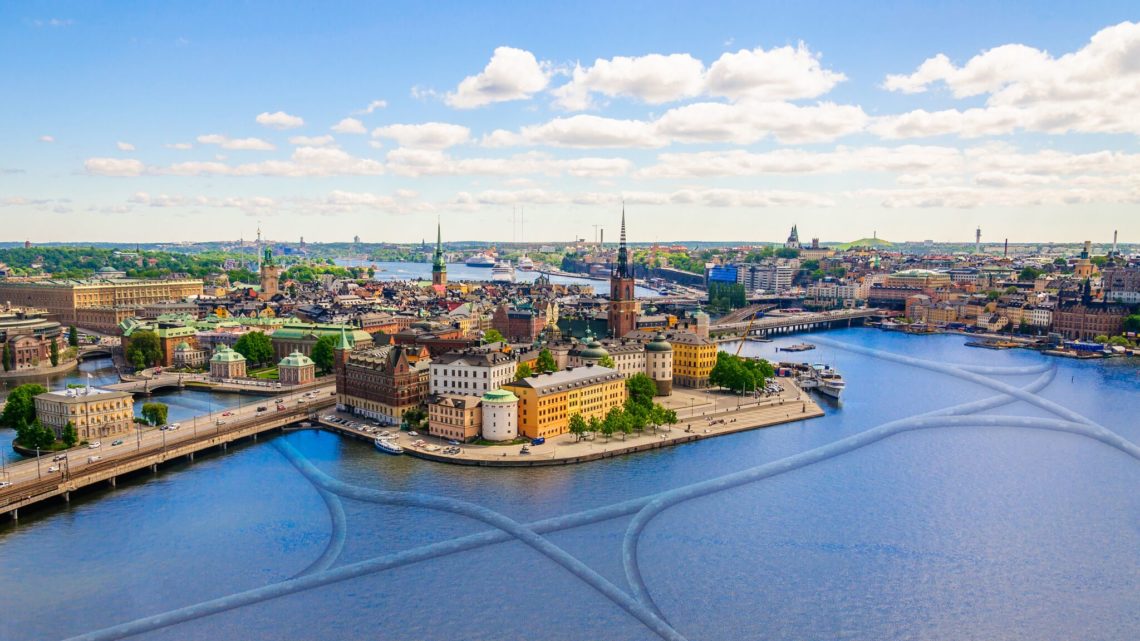 Lars is a pioneer in novel design technologies from parametric design to computational techniques in the design process. As such he is a founder director of the Smartgeometry group (SG) and a co-chair at events of the Advances in Architectural Design (AAG). He has been a Visiting Professor at Chalmers University in Gothenburg, Sweden, where he is engaged with creating future novel collaborations with industry and advanced researchers. 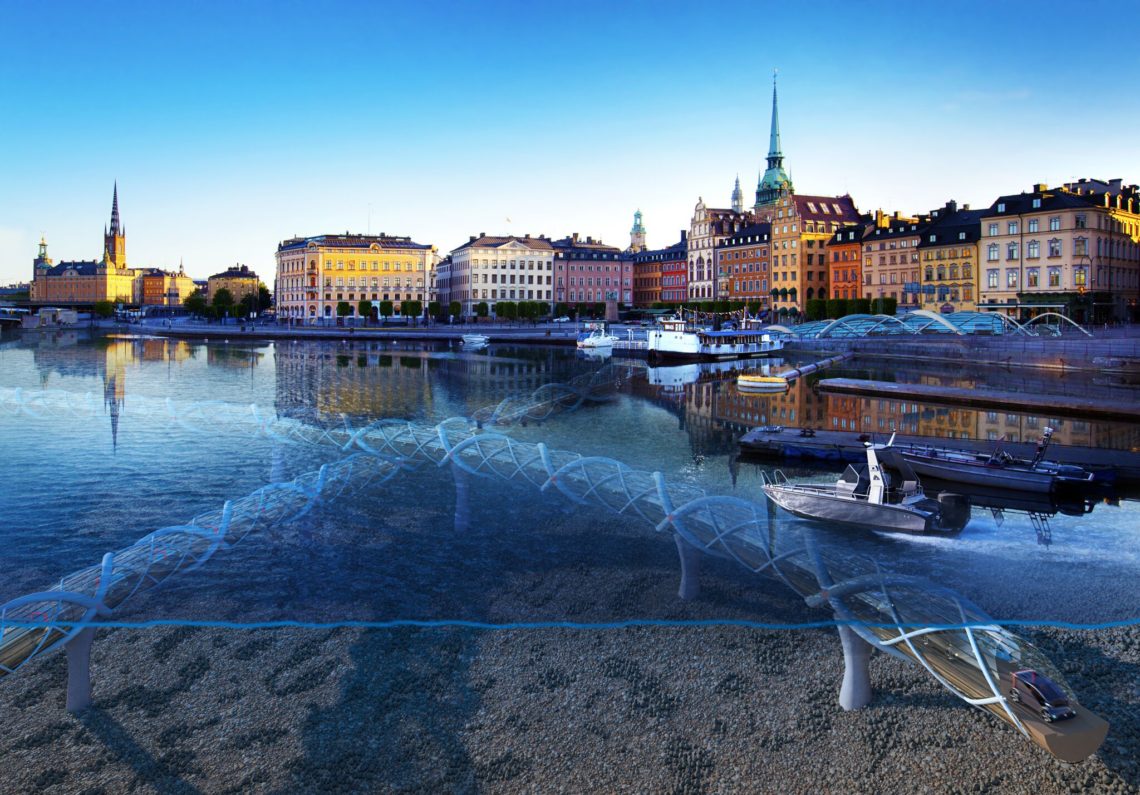 Our cities are built around infrastructure. In the last century the car came to define our cities just as trains had in the preceding century.

So we ended up with two transport systems – one associated with public transport – the train; the other – the car – with personal mobility and flexibility.

We are in the midst of a revolution – the Autonomous Vehicles, Electric Vehicles and Shared Vehicles (AES).

Now is the time for a revolution in urban transport. Why do we have to group people into very large assemblies, then just to break them apart? The one distinct advantage of the car is that people are sorted – by destination and timing. But cars are inferior because they take up a lot of space – roads are inefficient, and the parking requirements have almost destroyed our cities.

It is time for a revolution in thinking – can we take the best from each system and devise something new and much better?

Any system has to consider two aspects – the vehicle and its track, and how people change from the system to pedestrian. 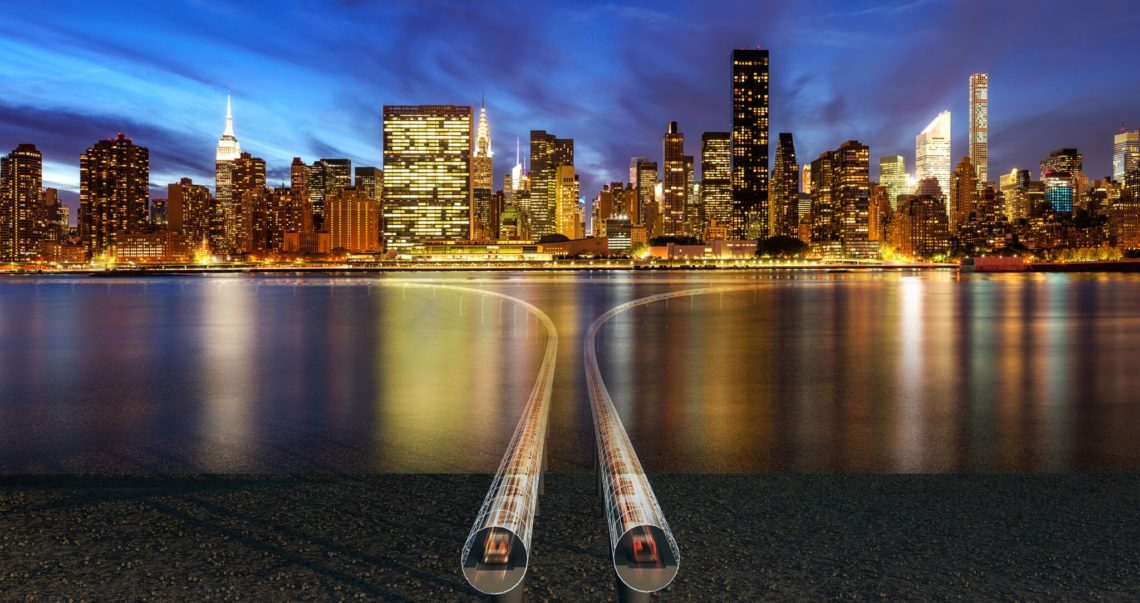 From trains and motorways we know that a high-speed system needs to be segregated – no pedestrians or bicyclists. The next question is how large does the vehicle need to be? There are surprisingly few people who want to go from A to B at time C – research in Stockholm suggests the vehicle need only be a four-seater, but there will be exceptions for popular destinations and times, so a system should take minibuses, say for eight people. This equates to Class 1 vehicles – cars and vans. Class 1 vehicles are defined by a parking garage height restriction of 2.5m, a maximum width of 2m and a maximum load of 2.7 tonnes, far removed from the conventional road which has to carry vehicles of up to 16 tonnes.

Once we have a segregated system, the controls which dictate vehicle separation is crucial. With autonomous vehicles the separation can be very tight; we can form virtual trains.

The most critical issue is the layout and shape of the network. Roads go everywhere but their capacity drops calamitously as soon as there is a junction. Motorways avoid this by special junctions and a new system needs something similar. The final mile delivery can most often be via the traditional road system which reaches all properties.

So the properties we are looking for is a segregated system which can be used only by Autonomous Electric Vehicles of Class 1. To ensure it is segregated there are multiple choices – above grade, at grade or below grade. Current segregated systems use a combination depending on the local setting; at grade in the countryside, above grade closer in, and finally below grade in central areas. We would expect a new system to follow similar paths.

Reusing what we already have is very attractive. Between cities we have motorways and setting aside a lane for these AEVs seems eminently possible – a trial is already being implemented in China as well as numerous proposals in US.

Raised systems abound from the DLR in London to numerous tram systems and even segregated bus lanes.

Our large cities have public transport based on tunnels – the subway in New York, Underground in London, Metro in Paris and huge numbers of new systems worldwide.

An interesting notion is floating tunnels where we exploit putting tunnels under existing waterways – we already have studies showing this in Stockholm and NY. The important aspect is not the tunnels – much cheaper than underground tunnels – but the type of technology that goes into the tunnels.

The NuMo proposal connects all these ideas into a holistic network – one based on a NuMo track only accessible to AEVs. But, how will these vehicles be owned and operated? Only local conditions will dictate that. In some jurisdictions the NuMo vehicle will be municipally owned and even operated; in others Uber will operate the system, yet in others any eligible vehicle can book into the system.

The first casualty will probably be the traditional bus system and the NuMo could take over the lanes, but of course still constricted to the same limitations on speed and layout of stops.

Once dedicated NuMo lanes begin to appear, their success will drive an increasing questioning of the public transport proposition that to be efficient, many people need to be grouped in the same vehicle with all the associated downsides.

Then we will have a true transport revolution!

Our next article will explore the urban opportunities opened up by such a new fusion of Public and Private Transport.

All You Need To Know About Black Turtlenecks

15 Types of Digital Art to Consider

The Fictional Bridges That Became Real