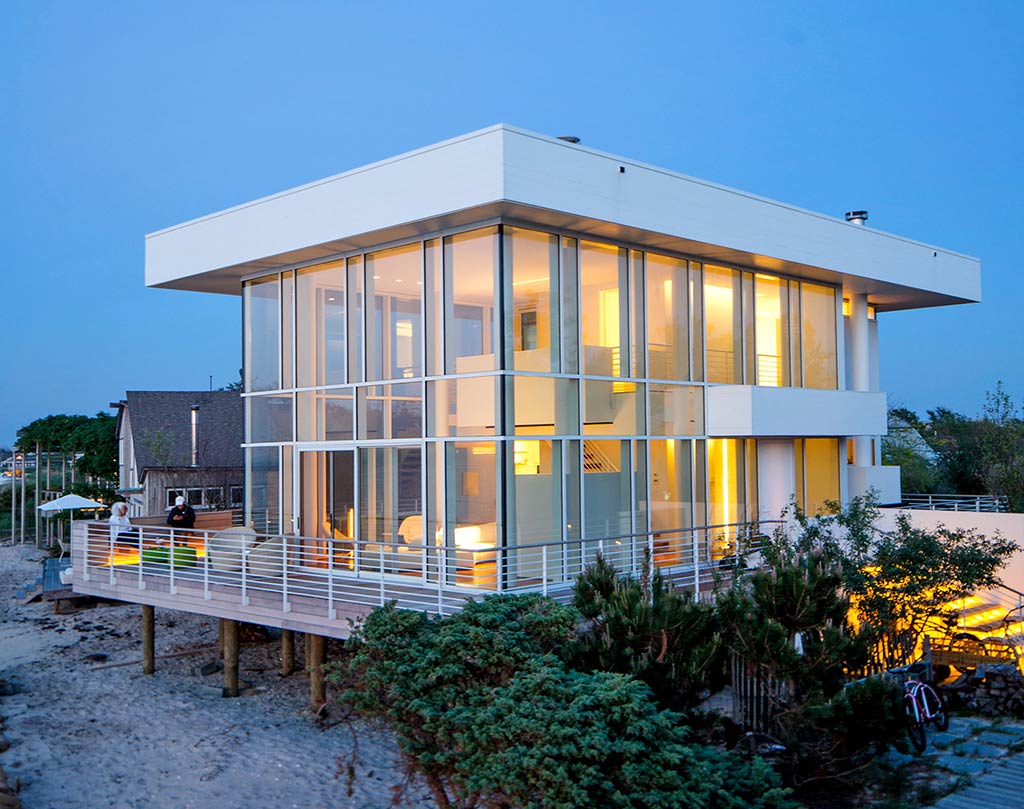 The story of how Richard Meier, one of the world’s most-celebrated architects, came to design a small, one-bedroom house on a barrier island likely destined for extinction goes back nearly a half-century.

It was 1969, and Phil and Lucy Suarez were newlyweds. Mr. Suarez, 27, would eventually become the business partner of the acclaimed chef Jean-Georges Vongerichten, but at the time he had just co-founded a company that became very successful at producing popular commercials and music videos. He and Mrs. Suarez, 24, had bought their first apartment, in Gramercy Park, and were contemplating a renovation. When Mr. Suarez asked a colleague to recommend an architect, he was given the name of Richard Meier, a rising star already becoming known for his dramatic stark-white buildings.

June 19, 2014
0
The indoor court for pelota is located north of the village, next to the football field, in a sparsely developed area, reserved in the subsidiary regulations for such sports provision.