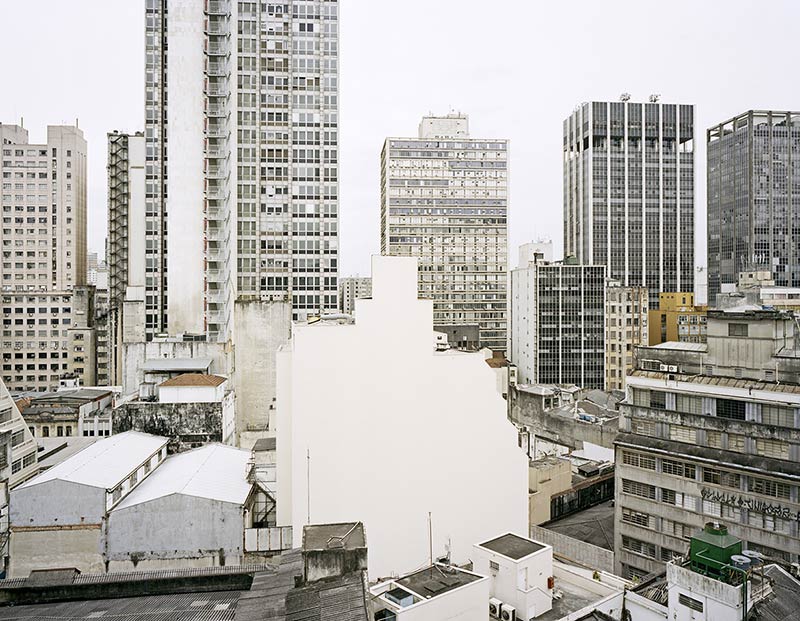 Felipe Russo, photographer who lives and works in São Paulo, Brazil dedicated a photoseries titled Centro, to this vibrant and complex city.

Those seemingly irrelevant and unimportant city scraps, both mysterious and ordinary, transferred through Felipe’s photography, became the symbols of modernity. The panoramic view photographs show a natural environment for those little, nearly invisible details.

“In Centro both my images and the objects I photograph are a direct result of transformation. I photograph downtown São Paulo, when it is empty, like an archeologist I search for what was left behind. Objects and man made construction are the material where I search for order and evidence. I look for vitality in matter to create a space for silence where a subconscious layer in the city can be accessed. The city is seen as an accumulation of constructed objects that gain value for what they are for their physicality and for what they become when photographed. Like monuments they create a personal map of landmarks that allude to social and historical issues regarding the city that is my home.” […]

A House In Wood

We have one generation to save our cities, global engineering firm...

January 5, 2016
0
Combined challenge of climate change and population growth puts premium on rapid urbanisation ‘in a way that’s not going to kill us’, says head of Arup