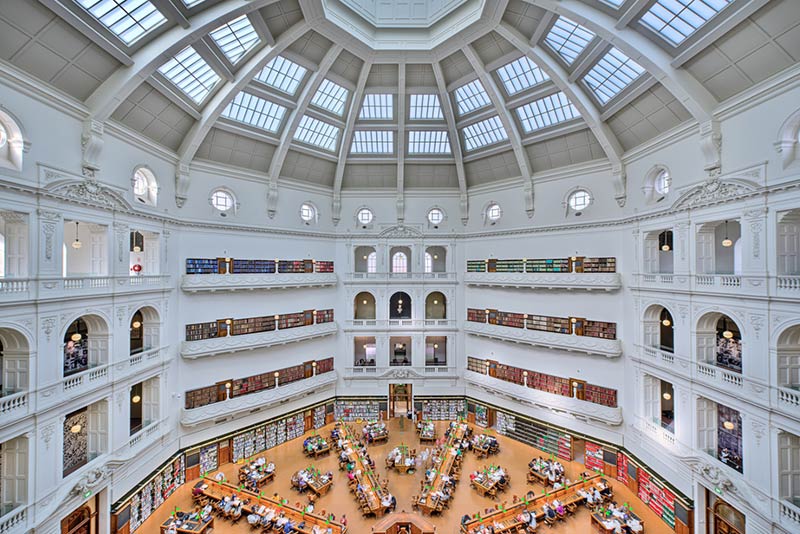 schmidt hammer lassen architects along with Architectus have been shortlisted in Melbourne, Australia for the $83 million State Library Victoria Vision 2022 Redevelopment Program

Established in 1854, The State Library Victoria in Melbourne is one of Victoria State’s oldest public institutions and Australia‘s oldest public library. The aim of the Vision 2022 Redevelopment Program is for the library to reaffirm itself as the state’s education and creative centrepiece and help benefit more Victorians by expanding the State Library’s reach and relevance within the community whilst also celebrating the building’s magnificent heritage and returning significant spaces to public use. It will firmly position Australia’s oldest and busiest public library as a contemporary centre of knowledge, inspiration and innovation.

Since completing the extension to the Royal Library in Copenhagen, dubbed the Black Diamond in 1999, schmidt hammer lassen architects has designed over a dozen libraries worldwide, including the award-winning Halifax Central Library in Canada and the recently opened Dokk1 Multimedia Library in Aarhus.

This marks the second collaboration between schmidt hammer lassen and Architectus. The two firms are currently working in association to design the new Christchurch Central Library in New Zealand, which when completed in 2022 will be one of the first cultural anchor projects outlined in the Recovery Plan for the city after the damaging earthquakes in 2010 and 2011.

Drone images show the “architecture of apartheid” in Cape Town is...

June 3, 2016
0
In any city, space is a commodity. In South African cities space is historical and emotional