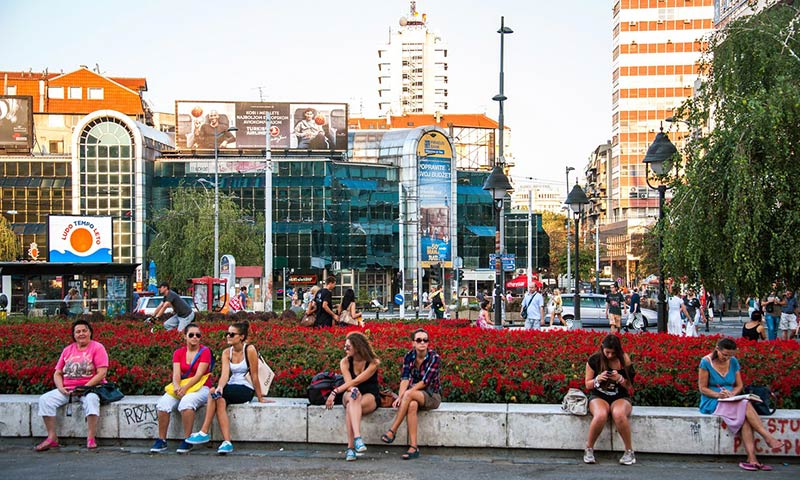 Privatisation is stripping cities in Russia and Eastern Europe of their public assets, leaving a chaotic mix of advertising, dilapidation and new development

From 1917 to 1991 in the former Russian Empire, and from 1945 to 1989 in the countries it dominated after the war, there was no real private ownership. No landowners, no developers, no “placemakers” – in half of Europe. Did this mean public space was done differently, and are attitudes to it different in those countries?

At first, it appears the result was huge boulevards for tanks, windswept squares looked down on by scowling statues, and scrubby open space between concrete slabs – alienating, inhumane, authoritarian. However, observed more closely, public space here is every bit as complex as it is elsewhere in Europe.

Perhaps as decisive as nationalisation and the terror of Stalinism from the 1930s to 50s, is the fact that most of the area was overwhelmingly rural before then. The curator and activist Kuba Szreder, who grew up in 1980s Gdańsk, stresses that Poland was “urbanised and industrialised by communists, who also kept a stranglehold on public life, thwarting political expression and free association”. However, the spaces built don’t always reflect that restriction: the centre of Kiev is dominated by the Khreschatyk, a historic street expanded and remodelled into a supersize Stalinist boulevard after 1945.

For the architect and photographer Oleksandr Burlaka, this is precisely Kiev’s most successful and popular urban space. A “kitsch, ceramic-clad canyon” it might be, but he points out that thousands visit every weekend when the street is pedestrianised. In the 1980s, a public path was cut from Kreschatyk through the back gardens of 19th century houses, which connected with a public square at the top of the steep, green Dnieper embankment, creating a sudden transition from the bustling street to an open panorama: “a massively beloved place”, regardless of its provenance. […]

Urban gardening: Are raised beds enough when lead is present?

An Immodest Proposal Rankles a Capital Known for Modesty

How Africa’s fastest solar power project is lighting up Rwanda

Donald Schmitt – The impact of architecture

They’re Already Predicting Next Year’s Interior Trends: What To Watch In...

November 21, 2016
0
It’s a good time to be alive for interior designers. Finally, people are getting more money in their pockets, and we’re already seeing a “Trump effect.”