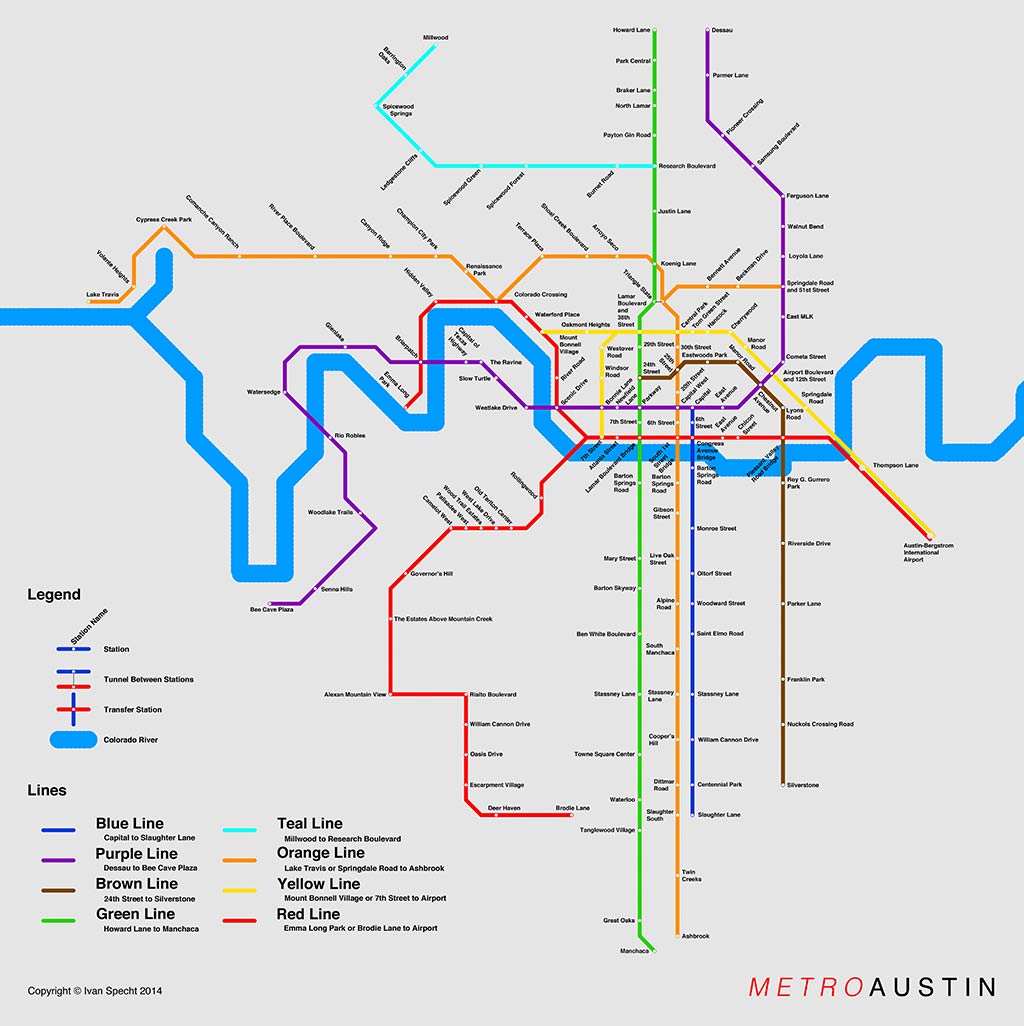 Ivan Specht is an 8th grader whose fascination with cities, public transit, and maps has led him to embark on a creative cartography project that belies his age.

The project began as a Father’s Day gift for his dad, who lives in Austin, Texas — a fast growing city in need of new mass transit options. If there were to be a new subway system in Austin, Specht wondered, where would the lines and stations go? So he set about deciding the routes himself. The Father’s Day gift was a hit, and Specht dedicated his summer to starting a business: he would design subway maps for cities that don’t have mass transit systems and sell them as posters or T-shirts on the project’s website. Most of the cities he has mapped so far are ones he knows something about. But if you know a city that could use some imagined mass transit, he also takes commissions.

Inspired by the clean, 45-degree angles of Harry Beck’s iconic map of the London Underground — a graphic rule system that Massimo Vignelli famously adopted for his 1972 map of the New York subway system — Specht’s maps compress space and time. But even as works of imagination, their fidelity to the cities they represent should give transit planners something to think about. […]

The Wheels of Chicago by Nadim Karam

How the luxury resorts on Egypt’s perfect beaches turned into abandoned...

June 9, 2016
0
The Seashell is a resort with grand ambitions. Its villas, apartments, pools and bars have room for several hundred guests, and its domed roofs and arched balconies look across the Red Sea to Saudi Arabia.