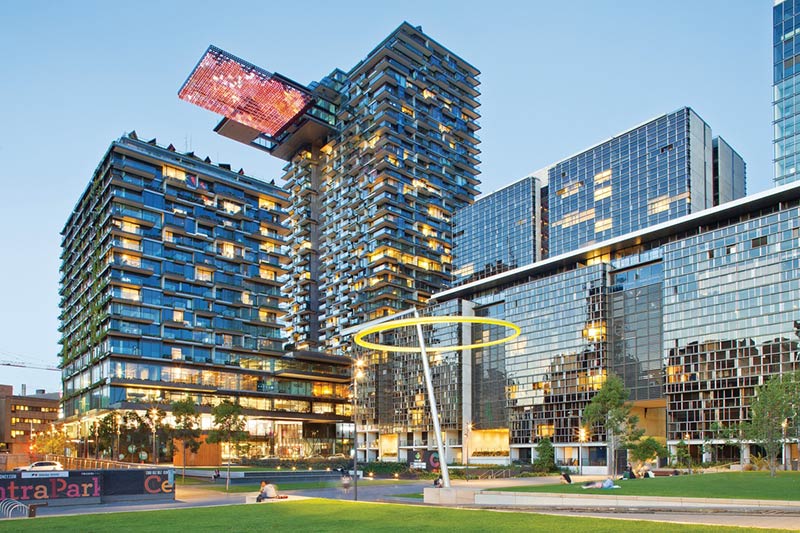 In 1988, American hip-hop group Public Enemy released its seminal song “Don’t Believe the Hype.” Well-known for its politically charged lyrics, the group was at the forefront of the New York hip-hop scene in the early 1980s.

Just as Public Enemy’s identity was shaped by social and political culture, so too has the recent history of Carlton and United Breweries’ Kent Brewery site in Chippendale on the fringe of the Sydney CBD been shaped by economics and politics. There has been a significant amount of hype and not a small dose of controversy over the redevelopment of the site since developer Australand purchased an option to buy it for $203 million in 2003.

The controversy began during the assessment of Australand’s development application. In 2004, Australand ran an invited competition for the masterplanning and architecture of the site, as required by the City of Sydney’s planning policies. Cox Richardson in association with Tzannes Associates won the competition over Ashton Raggatt McDougall (ARM), Bates Smart, Francis-Jones Morehen Thorp (fjmt) and Hassell. In Sydney, however, holding a design excellence competition and appointing a winner does not guarantee development approval. The Cox–Tzannes scheme that was submitted fell foul of the City’s ambitions for the site and attracted a swathe of negative commentary from the community. By early 2005, Australand and the City of Sydney were at loggerheads and Australand withdrew from the project.

Gehry on Cones, Domes and Messiness

October 2, 2016
0
Decades ago, New York lost one of its grand entryways. What if a new one were hiding in plain sight?