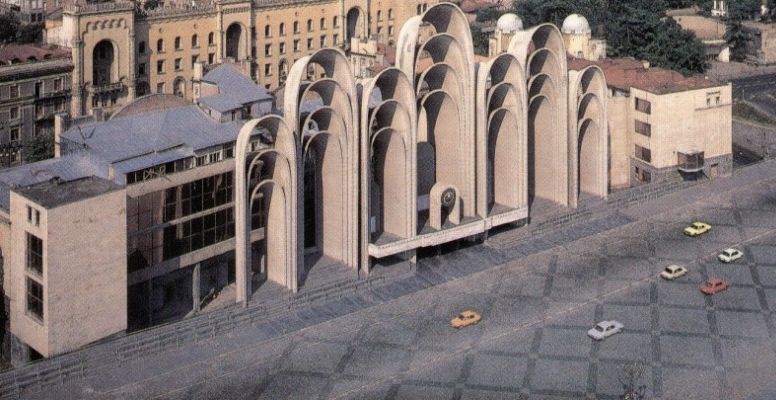 Rose Revolution Square in Tbilisi was once called Republic Square and has been showcase of different regimes, conflicts and aspirations. Despite being one of the few squares in the city, it keeps transforming, heavily influenced by different powers ruling the country. A closer look at its history and current condition may reveal what Tbilisi’s downtown will actually become: an open, public space for citizens or yet another space of transition for cars and tourists.

In the centre of Tbilisi lies the Rose Revolution Square, named after Georgia’s Rose Revolution of 2003. The place has changed a lot during the past decades, but still retained its character as an important part of the city. On the sunny 26th of May in 1995, the Georgian air force planes created a spectacle for the crowd that had gathered for Independence Day.

Still called Republic Square back then, the square itself was also the setting for a military parade in celebration of the Georgia’s independence, which it gained shortly before the collapse of the Soviet Union in 1991. Although the air still contained the strange scent of war on that day in 1995 after a severe civil war, the young independent country was rejoicing. Yet, right in front of the audience stood the run-down Hotel Iveria, which was now home to over 800 Abkhazian refugees as a silent reminder of the recent conflicts. In fact, that very place had been a battlefield only a few years earlier. ….

Julien Lanoo: On the Essence of Architecture

November 7, 2015
0
Julien Lanoo's photography is a documentation of the built environment. ...