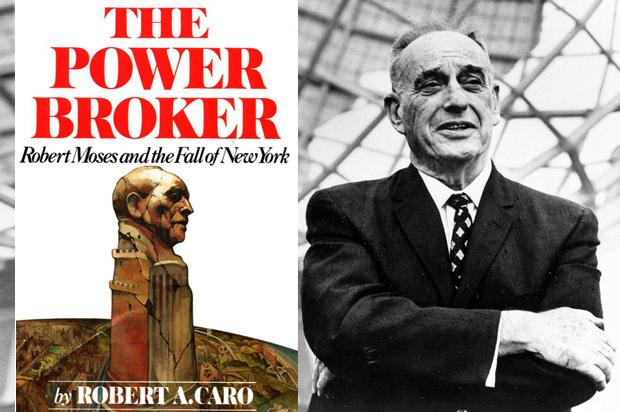 Take an interest in the history of New York City, and someone will soon ask if you’ve read “The Power Broker.”

This is, in part, a good-natured gauge of your interest and experience; the urban affairs buff slyly asking for your credentials. But it’s more often a natural question, since Robert Caro’s biography of mid-century planning czar Robert Moses is so much more than that: It’s a history of urban politics and planning, of bonds, of infrastructure, of bureaucracy and patronage, and, as Caro emphasizes, a study of the use of power.

Though never elected, Robert Moses served nearly half a century in the city and state governments of New York. He built 627 miles of highway in the city and its suburbs. He built enough public housing for 555,000 people. He built hundreds of playgrounds, ballfields and tennis courts in the city, and a handful of enormous state parks beyond its borders. He built the Triborough, Throgs Neck and Whitestone, Marine Parkway, Cross-Bay, Henry Hudson and Verrazano Bridges.

January 9, 2019
0
Washington, DC (January 10, 2022)—Transportation is on the cusp of revolutionary change. With electric, automated, and shared vehicles no longer imaginings of a distant...