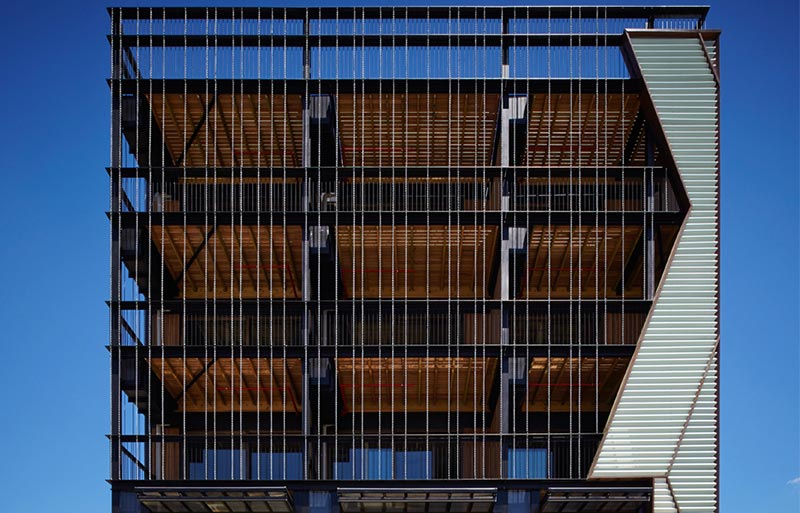 Huddled by the train tracks in a largely overlooked corner of Brunswick, The Commons presides over its surroundings with a quiet yet unmistakable air of community spirit. And though it may be imperceptible behind the building’s site-sensitive street frontage, at The Commons, a veritable revolution in apartment living is underway.

The Commons was conceived in 2007 by five architects looking to achieve a triple whammy, with the grand ambition to create a livable multi residential project that was ecologically, financially and socially sustainable. One of the five, Jeremy McLeod of Breathe Architecture, says “we wanted to build Australia’s first car free, carbon free building – a sustainable flagship building that would set a precedent”. After a period of instability following the Global Financial Crisis, Small Giants, a sustainable developer who were a good fit with Breathe’s vision, picked up the project in 2008, and The Commons was on its way.

In contrast to the majority of sterile production line apartments in the housing market, Breathe’s concept for the Commons was to respond to the personality of the resident within. “It was about giving people a home, a place that could evolve”, McLeod says, conscious that “Each apartment is a starting point for a life.” The raw, shell-like industrial interiors of the apartments are a blank canvas for residents, inviting people to make their own mark on the space – quite literally. Taps and door handles were specified in a pre-chromed state, to “lower the embodied energy in the building”, with the added benefit being that “the more you touch it, the more it patinas, the better it looks” says McLeod. […]

Work From Home Tips For Architects During COVID-19

June 27, 2020
0
A crisis as unprecedented as the COVID-19 pandemic has altered workplaces in a number of ways. One of them is the adoption of remote...