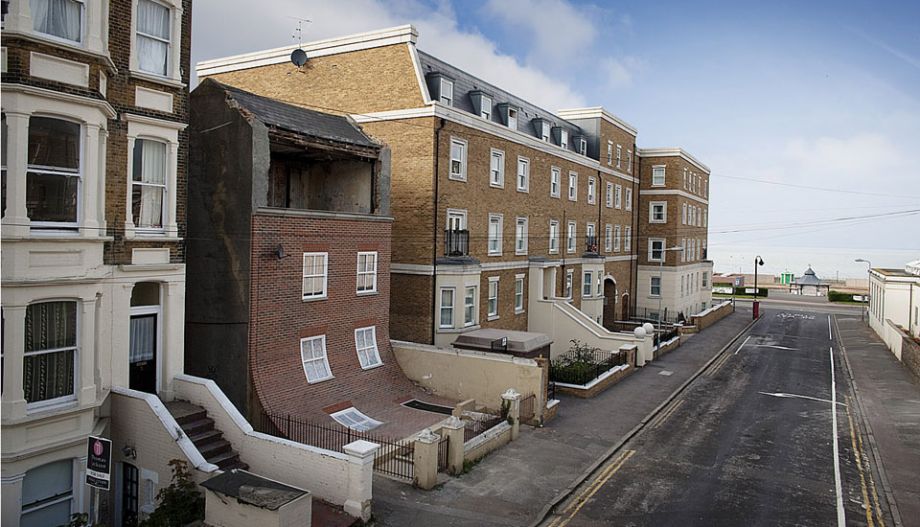 Margate is one of those crusty British seaside towns where no one vacations anymore, now that they can fly to Disneyland Paris on Ryanair for a song. For London artist Alex Chinneck, that makes Margate the perfect canvas. “It’s economy just doesn’t have the energy to maintain the glory it once had,” he says.

It’s that faded glory that inspired him to build “Sliding House,” a three-story sculpture who’s real name — “From the Knees of My Nose to the Belly of My Toes” — is such a mouthful that even the artist himself doesn’t call it that. Chinneck took a dilapidated three-story row house and, with the help of a team of construction workers, made the facade appear to be sloughing off it into a gentle heap on the ground. […]

December 8, 2014
1
In Górczyn, Poznań, on 120m2 designers from mode:lina placed a wine shop with bottles from many different parts of the world, accessories department ...