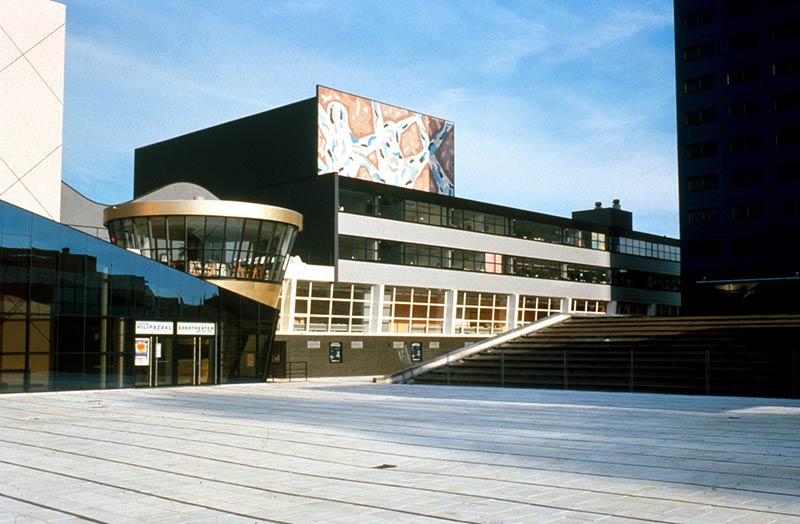 The Netherlands Dance Theater, the first major project built by Rem Koolhaas, was demolished earlier this year to very little note in the architectural press. It was a strangely hushed finale for a building that had drawn immediate praise when it opened in September 1987 and earned the esteem of dance audiences, performers, and architects during its relatively short existence. At the behest of The Hague municipal authorities, who plan to build a much larger performing arts center on its former site, bulldozers reduced the theater (known locally as the NDT) to debris between October 2015 and January 2016.

Koolhaas learned conclusively that the building was being demolished only after the process was already under way last fall, but he had heard the first rumors a decade ago. He’d been prepared for such news, he says, and his firm, OMA in Rotterdam, quickly commissioned the photographer Hans Werlemann to make regular documentary visits to the NDT site and photograph the demolition process until the building was razed. (Werlemann had shot the NDT’s construction some three decades prior.)

What Koolhaas did not expect was the indifference that followed. “There was almost nothing, almost zero,” he reflects about the public response to the NDT’s fate. The few enraged calls for a cessation to the demolition or tearful eulogies have mostly come from OMA employees or the firm’s close associates. “It has been very surprising,” he says, that the destruction of the NDT was not a more contested issue. “That element of surprise has in a way preempted a feeling of tragedy or loss.” […]

Laurent Kronental: How I captured the soul of Paris’ housing giants

November 26, 2015
0
Laurent Kronental's breathtaking photographs unite the colossal, futuristic buildings of Paris housing estates and the senior citizens who live among them