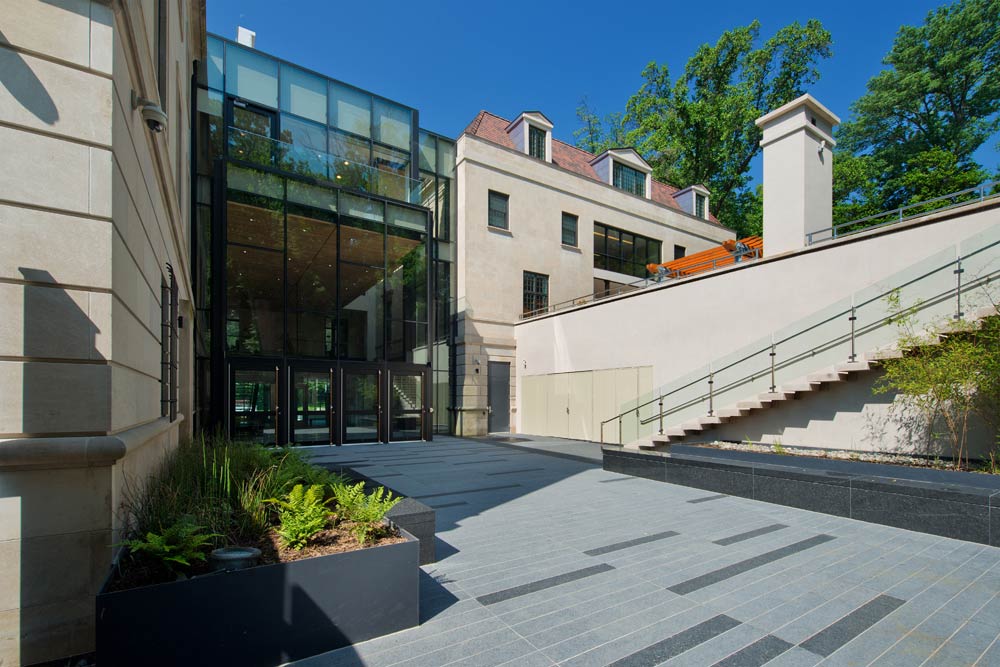 Adapting and reusing two historically significant structures on Embassy Row – the Ambassador’s Residence (1936) and the Chancery (1963) – Davis Brody Bond was commissioned by the Embassy of South Africa to consolidate and modernize the complex.

The rehabilitation project upgrades the embassy to meet their current and future programmatic Chancery needs by providing a 55,000sf build-­‐out. 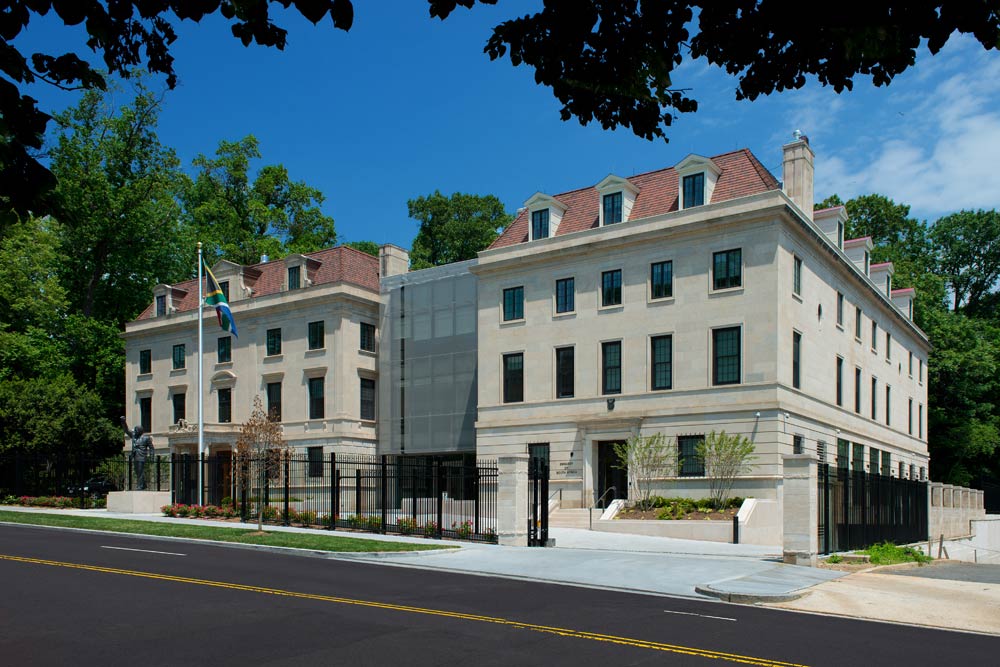 The Ambassador’s Residence and the Chancery building, built in Dutch Cape style, were in need of updated building systems, improved life safety and security, general maintenance, and an increase of on-­‐site parking for their growing personnel. 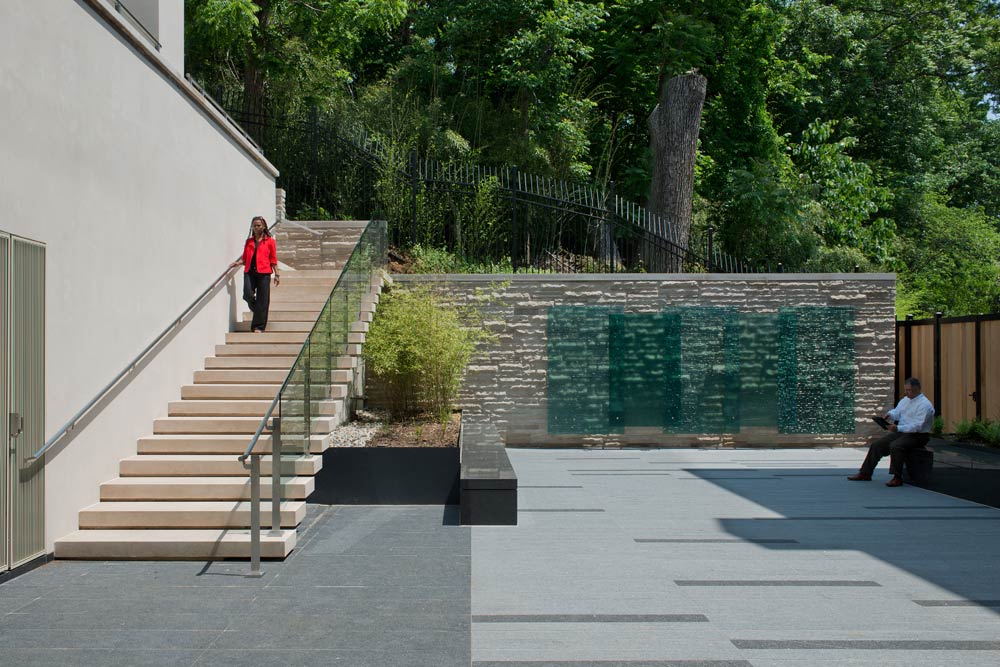 Davis Brody Bond’s renovations focused on the creation of a new and welcoming environment for embassy staff and visitors through a major expansion of the public spaces and infrastructure. To support of the embassy’s outreach mission, the new design intends to create a new image for the embassy that symbolizes the “New South Africa.” 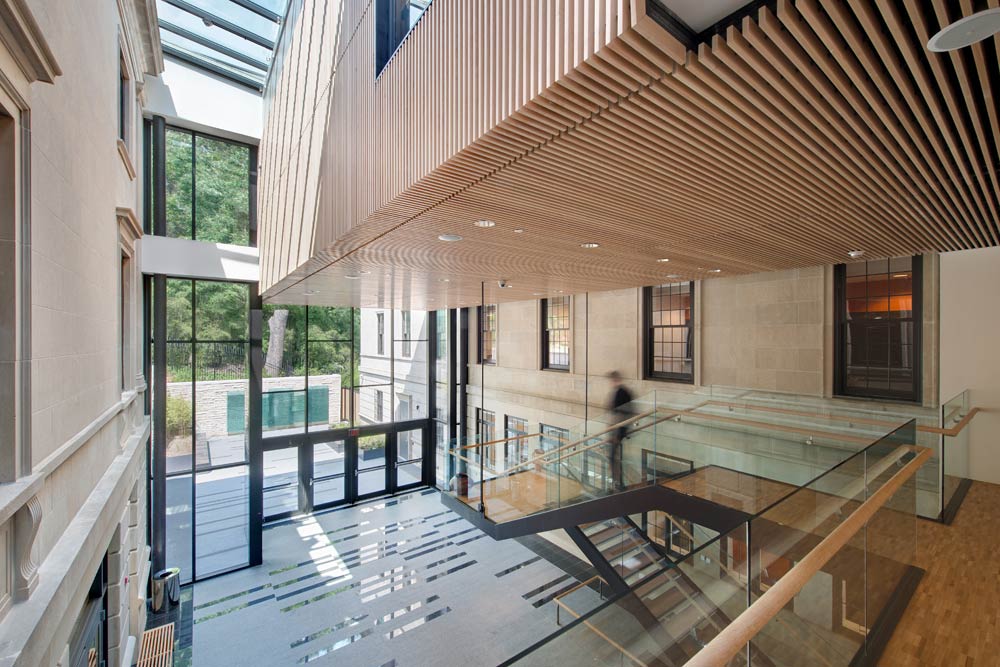 “Our primary goal was to create a design that speaks to the transformation of South Africa, a design which respects the historic buildings while expressing the transparency, equality and modernity, to which the New South Africa has become,” says Rob Anderson, Director of Davis Brody Bond’s Washington, D.C. office, “By connecting the old with the new we expanded the embassy’s public areas, green spaces, and infrastructure through a state of the art renovation and expansion.” 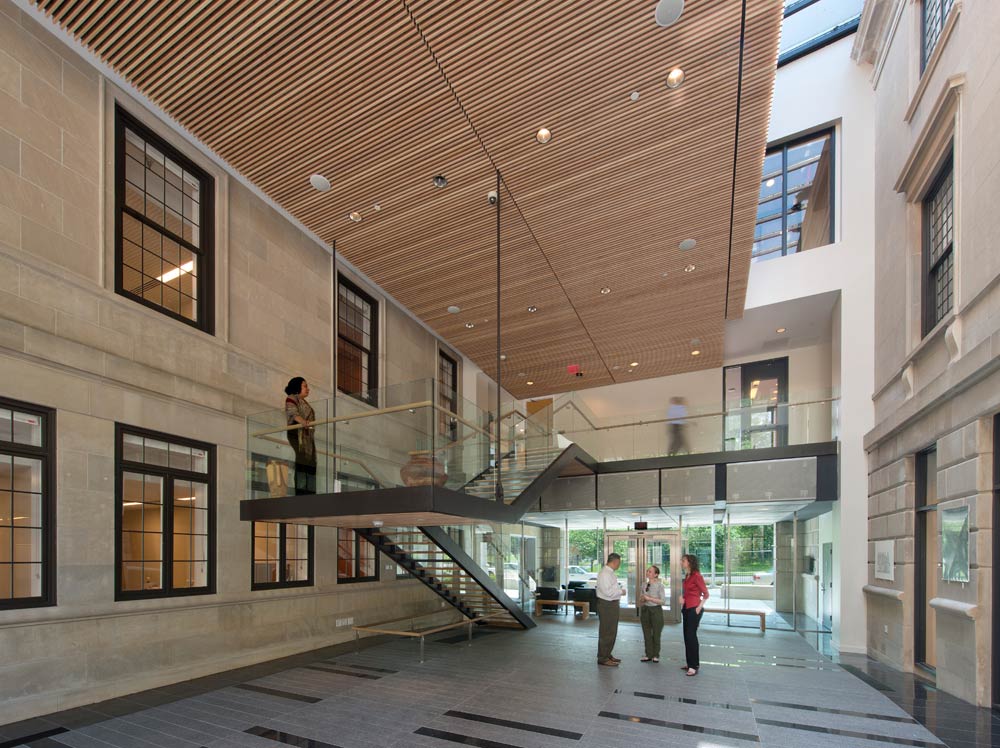 Their straightforward solution captured the exterior space between the two existing structures, creating a central point of entry for staff and visitors, thereby improving access, circulation and security. The new glass-­‐enclosed reception hall houses a three-story atrium and new multi-­purpose rooms, which will be used for public outreach programming. 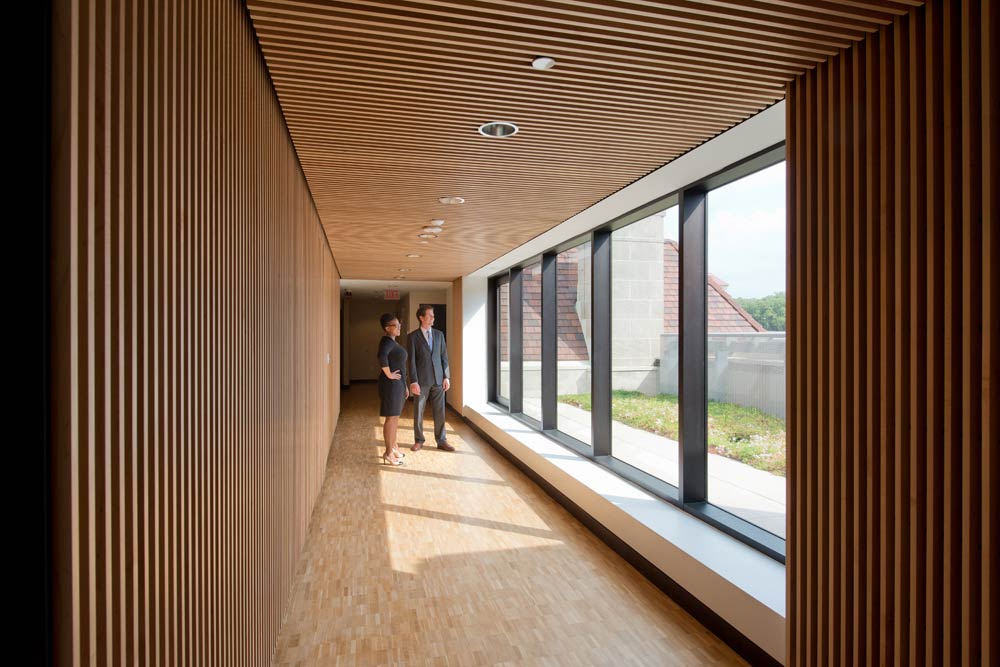 Sustainable Design
The Embassy, together with the project team, also chose to adopt several sustainable design strategies to ensure the health and well being of the buildings’ occupants as well as to reduce the project’s environmental footprint. 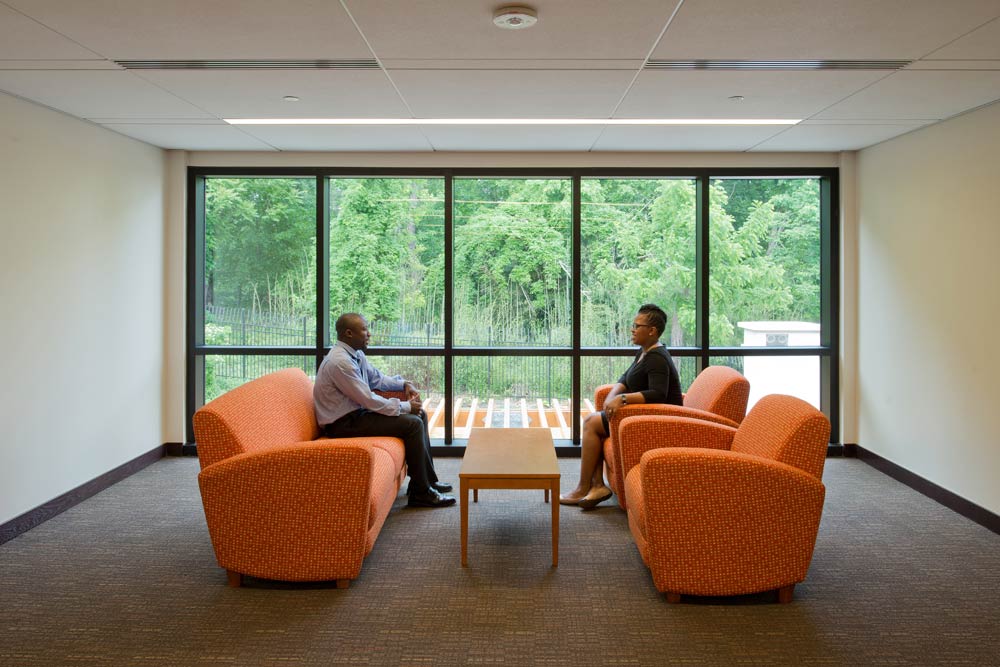 Statue of Nelson Mandela
Finally, a statue of former South African president, Nelson Mandela, joins his rightful place amongst world leaders memorialized on Washington, D.C.’s historic Embassy Row.
The 3-­meter statue, with his fist raised triumphantly over his head, is the work of South African artist Jean Doyle, who modeled the statue after photographs of Mandela leaving Drakenstein Correctional Centre in South Africa in 1990.

Things to Consider Before Accepting Your [Architecture] Dream Job

August 10, 2021
0
There are but very few feelings that come close to getting selected for your dream job! When all those hours of hard work, sleepless nights...