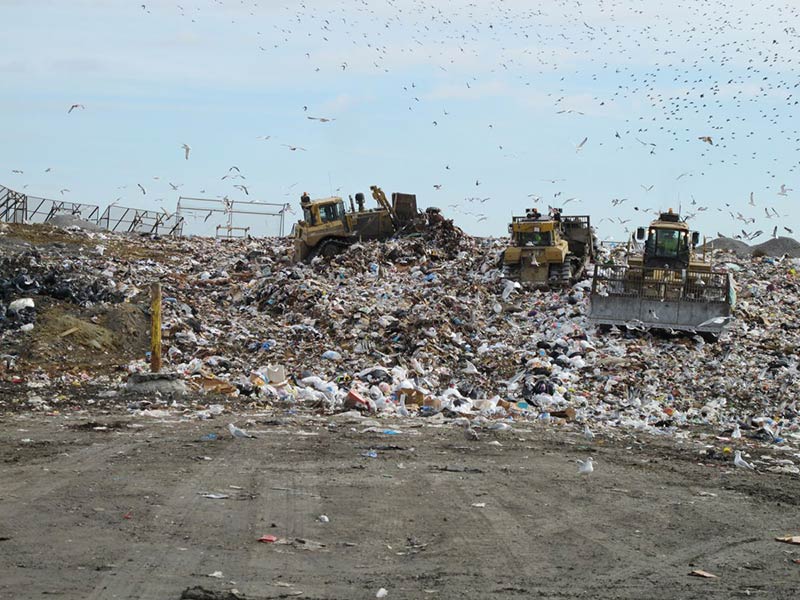 Unlike in Midtown Manhattan, trash is a rare sight in Barcelona’s El Raval. Many streets in this Spanish neighborhood are barely wide enough for two scooters to pass each other. A truck coming through to collect New York-style piles of black bags would be near impossible.

Instead, many areas of the city use a system which has been around for decades but sounds like something out of the future—vacuum collection. All residents have to do is go to the nearest pneumatic tube terminal outside their buildings, open a little door, and drop their waste in for it to be whooshed away. From there it travels underground to be turned into heat for homes, recycled, or otherwise disposed.

While major European cities are using similar technology to handle their garbage as locally as possible, New York is behind the curve. Since the city’s last landfill closed in 2001, trash now travels hundreds of miles away—as far as Pennsylvania and South Carolina—at an increasingly high cost. New York Mayor Bill de Blasio has proposed an ambitious plan to send “zero waste” to landfills by 2030, but some experts doubt that this growing city of more than 8.4 million people can solve its trash dilemma without rethinking the system entirely.

The success of New York’s zero waste plans will have big implications for how other urban areas handle their trash in coming years. Many people are watching to see if a city limited by a lack of available land and known for wastefulness can actually change its ways. Developing new systems to collect trash more efficiently and process it within city limits would be a good first step. […]

December 23, 2015
0
This year’ s best buildings proved that architecture doesn’t have to be loud to be important.