The New Contemporary Art Wing Expansion to the Lima Art Museum located in the 19th century Exposition Palace, creates a strong architectural dialogue between the historical structure and the new expansion; they connect without touching. The project requirement to create a below grade expansion to the current museum without touching the historical structure below or above grade, resulted in a careful exploration of how to spatially connect these two buildings that cannot physically connect. 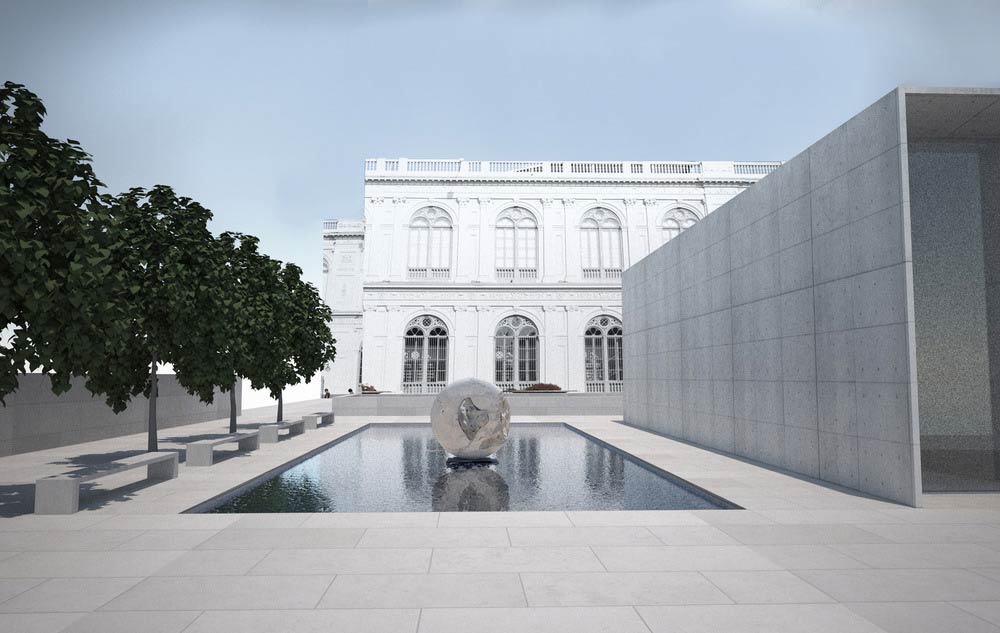 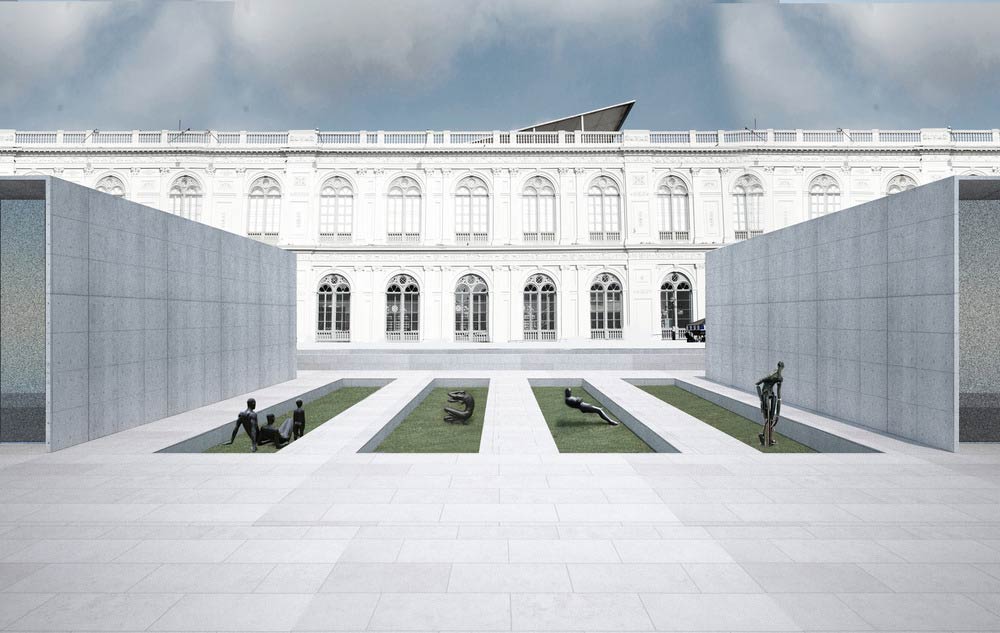 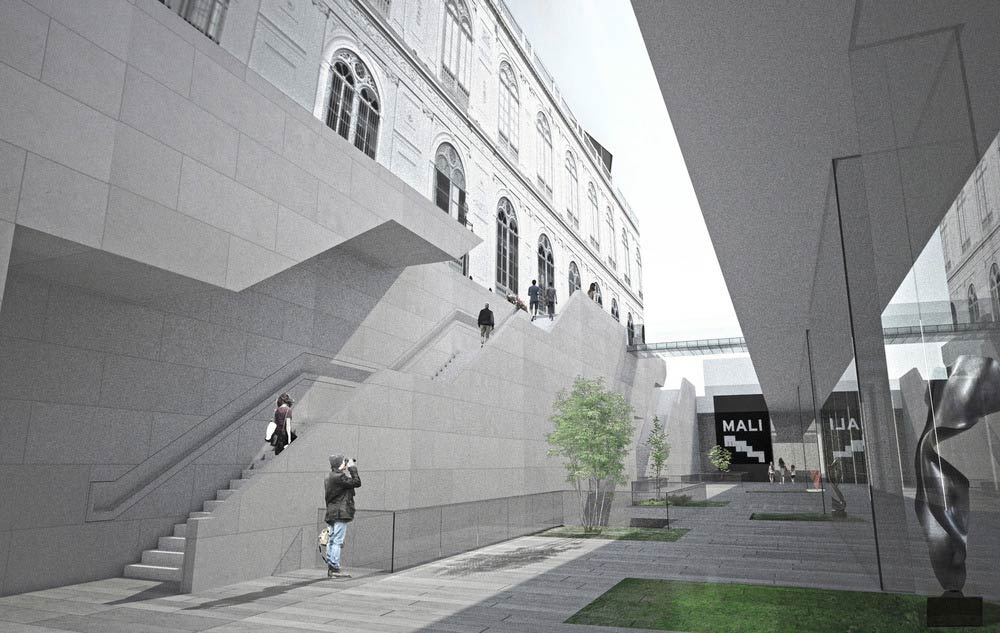 These concrete frames act both as structural beams to achieve column free galleries below, and as skylights to bring in daylight and allow framed views. Throughout the different levels of the project there is always a visual connection back to the Exposition Palace. 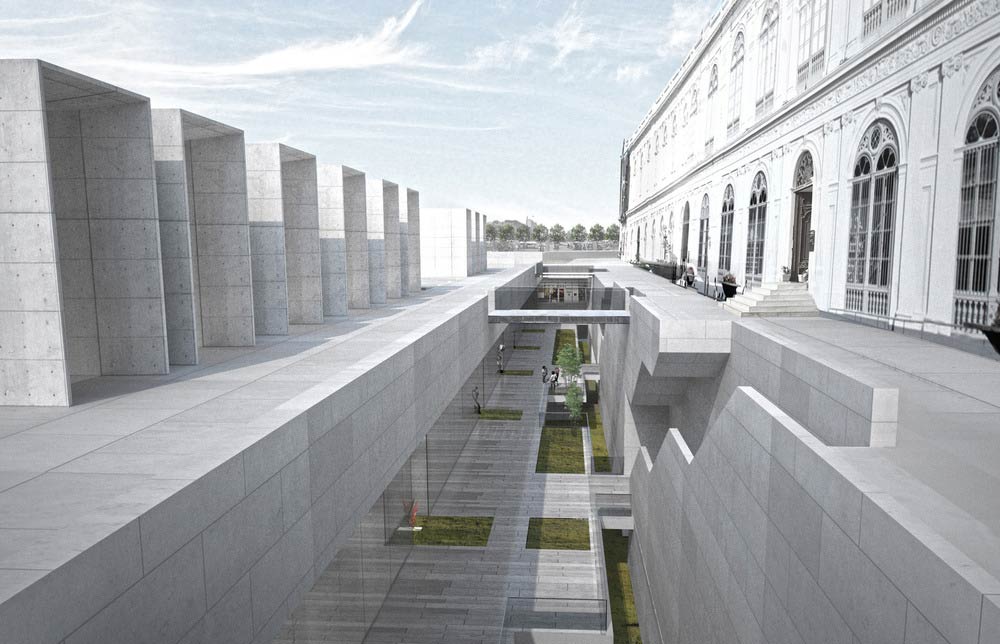 The project creates a sunken plaza that runs the entire length of the museum, between the Exposition Palace and the new contemporary art wing. This public space connects directly to the adjacent metro station which is the major pedestrian entry point to the museum and the Exposition Park. Located at the same level with the contemporary art galleries, sunken garden is conceived as an extension of the museum, engaging the public that is walking to and from the metro station.

In addition to the new art galleries, the new expansion houses an education wing, comprised of classrooms, workshops and a library. The education wing is located below the galleries with a dedicated entrance at grade facing the existing education wing of the museum. 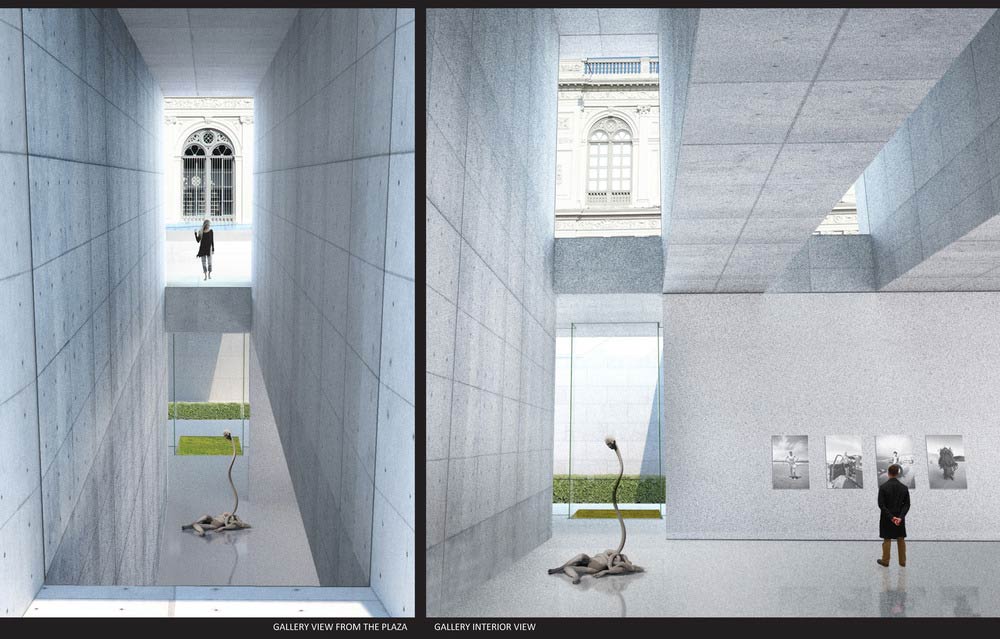 The echoes of the Exposition Palace resonates throughout the new contemporary art wing at varying scales and levels. Looking up from the new galleries, the visitors will see the framed views of each corresponding bay of the historical façade. Coming from the metro station, into the sunken plaza, visitors will see the grandeur of the Palace stretching the entire length of the sunken plaza.

How a Failed Experiment Could Still Be the Future of Public...

March 6, 2017
0
Bringing Bridj to Kansas City seemed like a no-brainer to transit officials. For just $1.50, anyone could use an app to summon a ride downtown in van ...