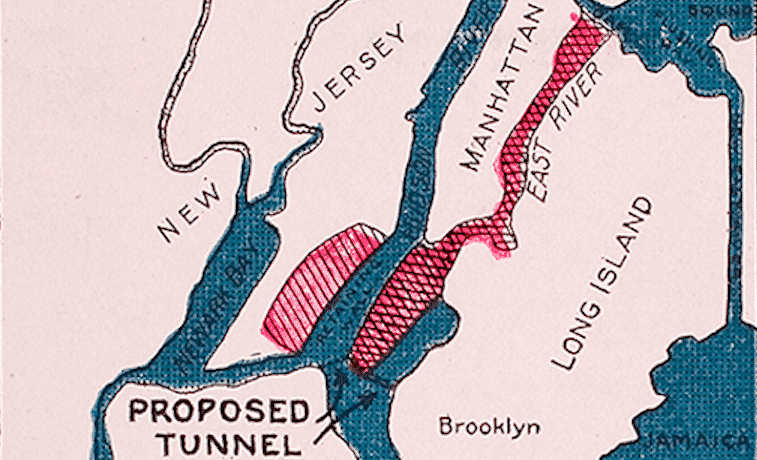 In the context of early modern New York, it wasn’t all that crazy. After all, the boundaries of Manhattan had been aggressively expanded since the arrival of Dutch colonists. Ellis Island is built on landfill, as is Battery Park City. During World War II, American naval ships brought back thousands of tons of rubble from English cities that ended up in the East River, serving as infill for FDR Drive.

But all of that pales in comparison to what Thomson, a clearly ambitious city planner and engineer, had in mind. ….

June 30, 2015
1
Andres Jaque believes infrastructure should and will be a highly visible aspect of our lives