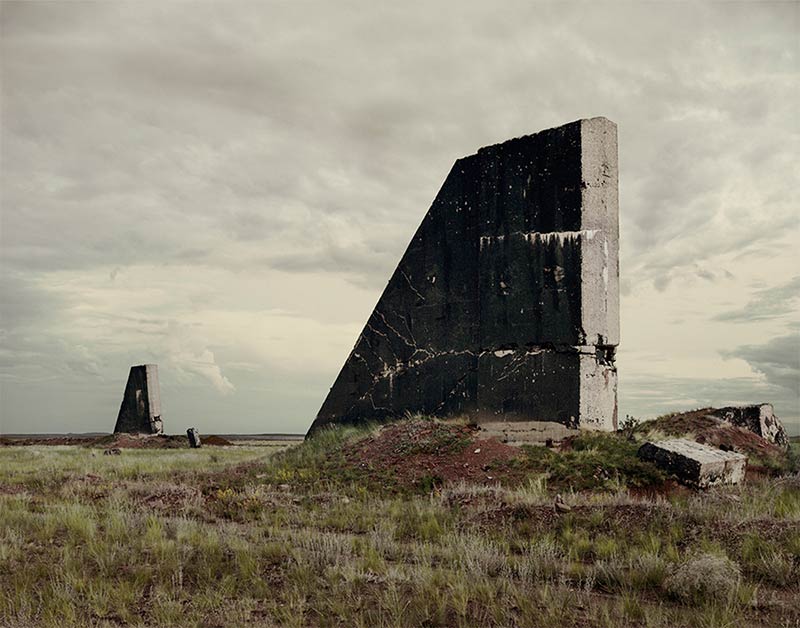 Nadav Kander traveled to the steppes of Kazakhstan four years ago to see the “closed cities” of the Soviet nuclear testing area, a network of cities all but invisible to outsiders until the arrival of Google Earth. The photographer ventured first to the town of Kurchatov—named for the physicist who developed the USSR’s first nuclear bomb—where he found a guard at a gate. Kander, with help from a local contact, convinced the guard to let him pass, checked into the town’s only guest house, and set about making photographs with his large plate camera. His haunting images of an eerily beautiful landscape raise questions about secrecy, transparency, and the universal human attraction to ruins.

“I like to photograph things that are quite difficult to look at, but in a beautiful way,” said Kander. “It’s something I keep doing and doing because it nourishes me. It makes the viewer uneasy and challenges your idea of what’s beautiful.” This is a theme Kander, who is based in London, explored brilliantly in Long River, his Prix Pictet-winning series about the Yangtze River. The closed cities series, Dust, is showing at the Flowers Gallery in London and in an iPhone app. His images also will be collected in a book to be released in November. […]

Michael Graves’s residence, rejected by Princeton, is to be sold to Kean University

Salvador Dali Museum: an Inside Look at the Art and Architecture of The Dali

April 29, 2017
0
Michael Ford is transforming a majority white field one child at a time...