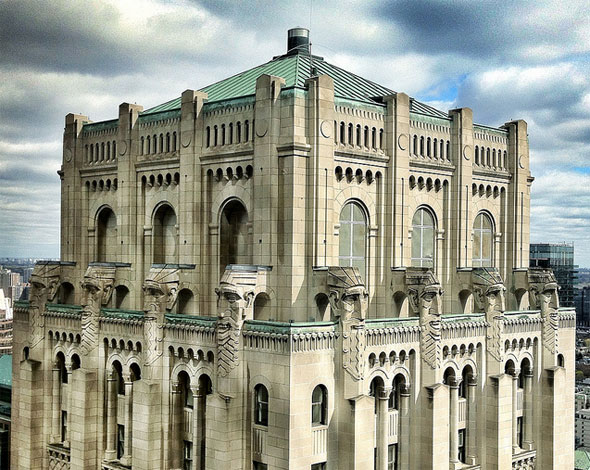 The Toronto skyline was born at the outset of the 1930s. Up until then, the view of the city from a ship entering the harbour was one of church steeples and a handful of buildings that rose over 10 storeys. At the time, Toronto didn’t boast a single true skyscraper.

In 1929, the Royal York Hotel made its mark at 28 storeys, briefly bearing the crown of the tallest building in the British Empire before the headquarters of the Canadian Bank of Commerce took the mantle at 34-storeys just a year later. It would hold onto that designation all the way until 1962.

We now refer to this building as Commerce Court North, the oldest part of a complex of office towers that also includes I.M. Pei’s understated but lovely Commerce Court West at 57 storeys. The prominent spot on the skyline that our first true skyscraper once enjoyed has been mostly lost to modern structures, but few would argue against the idea that it remains one of our most beautiful buildings. […]

February 6, 2016
0
Zaha Hadid has become the first woman in her own right to be presented with the Royal Gold Medal for architecture.