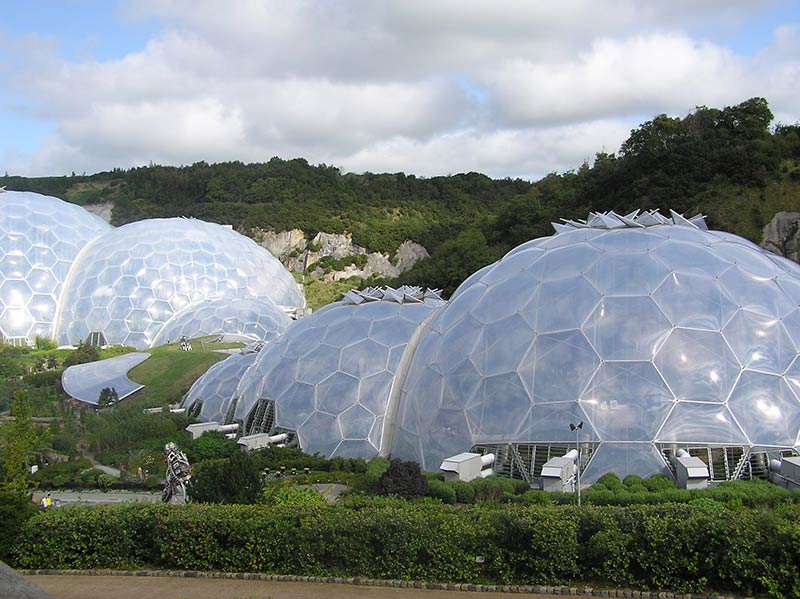 We started the construction with just £3,000 in the bank. To persuade civil servants to part with public funds, you have to do a feasibility study and that’s expensive. So we simply progressed on faith, hope and sealing wax, promising ourselves that we’d never use the word “if” – only “when”.

The idea for a huge horticultural expo had come to me as I worked on the Lost Gardens of Heligan. I’d always loved the thought of a lost civilisation in a volcanic crater, and when I saw the lunar landscape of the old Cornish clay pits, I realised they’d be the perfect site. However, we weren’t allowed to buy a crater. The companies that owned them would never declare them redundant because they’d then have to fill them in. We had to get the council to reassure them they wouldn’t be liable if they sold us one.

A friend put me in touch with the architecture firm Nicholas Grimshaw. I hadn’t a penny in funding at that point, or even a site, just a belief that the idea of a lost world in a crater would appeal to anyone who’s ever been 12. They thought the idea was bonkers, but it struck them as an adventure and they agreed to start work for nothing. Meanwhile, the construction firm McAlpine put some money into the project in return for a share of the profits. Everyone was now suddenly highly motivated. […]

How to Test a Battery with a Multimeter?