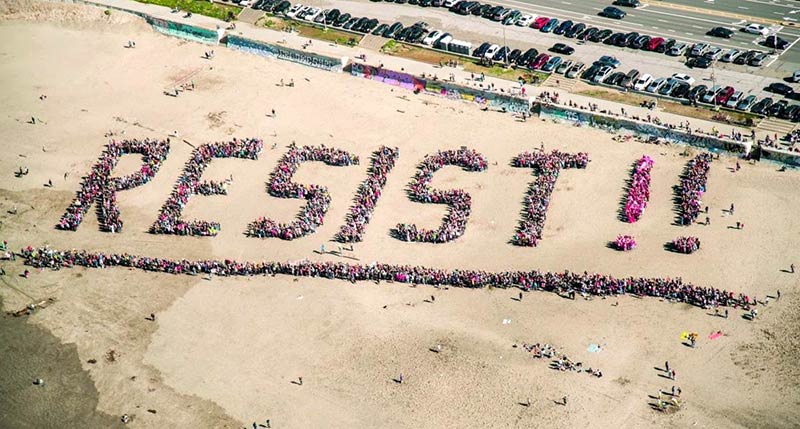 We all remember what happened when Robert Ivy immediately released a statement, on behalf of the AIA, saying that the organization was looking forward to collaborating with the President-elect. He released it so quickly that the President wasn’t even the President yet. Ivy received massive pushback. The AIA Media Relations Director resigned in protest. The Architect’s Newspaper published responses from members letters. There was much—righteous—outrage.

Ivy recently followed me on LinkedIn. I’m not sure what that means, but I will say, if he’s following me now: “Mr. Ivy, why did you do what you did? Did you feel that you had to? You didn’t.”

That’s why I was so disappointed by Cramer’s article. It came out online in December, in print in the January issue of Architect. (Always check the dates before you reference. Always.) It’s something about Trump’s proposed infrastructure plan—$1 trillion! Not including the terrible wall, and then Cramer says this, by way of his “call” to action:

“To do right by the opportunity, architects may need to subvert the system from within—craft narratives that are honest but avoid ideological flash points, identify loopholes in policies, get creative with budgets, and forge unlikely partnerships. Because if the citizens of the United States are going to spend $1 trillion on infrastructure, it is the profession’s responsibility to ensure that they get their money’s worth: amenities that are not only beautiful, but sustainable, resilient, inclusive, and truly their own.”

A theme that comes up in Colony is that of “collaborators.” There are those who collaborate with the oppressive outside forces, and those who resist. The resistors are called the insurgency.

I am a part of the insurgency. I am part of the resistance. Let’s just get that out of the way. […]

‘This isn’t at all like London’: life in Walter Segal’s self-build...

September 16, 2015
1
Segal’s self-build experiments of the 1980s revolutionised the UK’s approach to providing low-cost housing. But have these lessons since been forgotten?