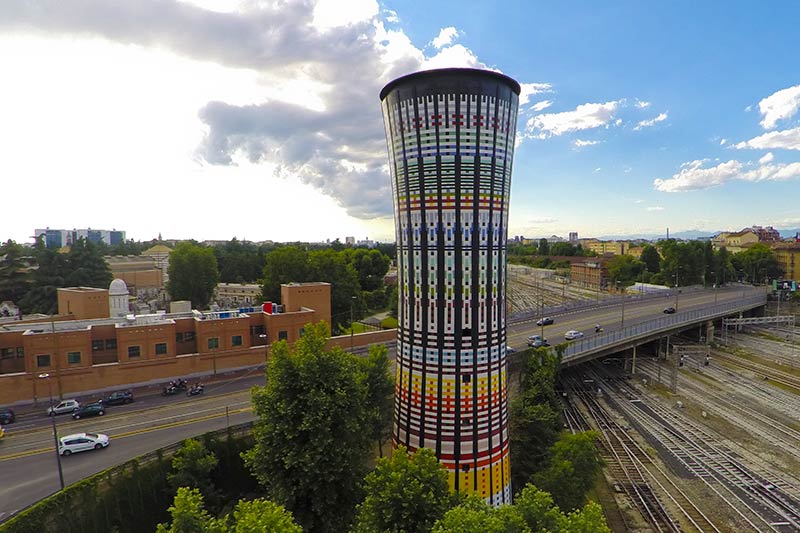 Dating back to 1964 and once upon a time an anonymous water reservoir on the site of the important FS Milano Porta Garibaldi railway station, the Tower was first renovated ahead of the football World Cup held in Italy in 1990, a project that turned a downtrodden public works into a highly recognisable urban beacon. 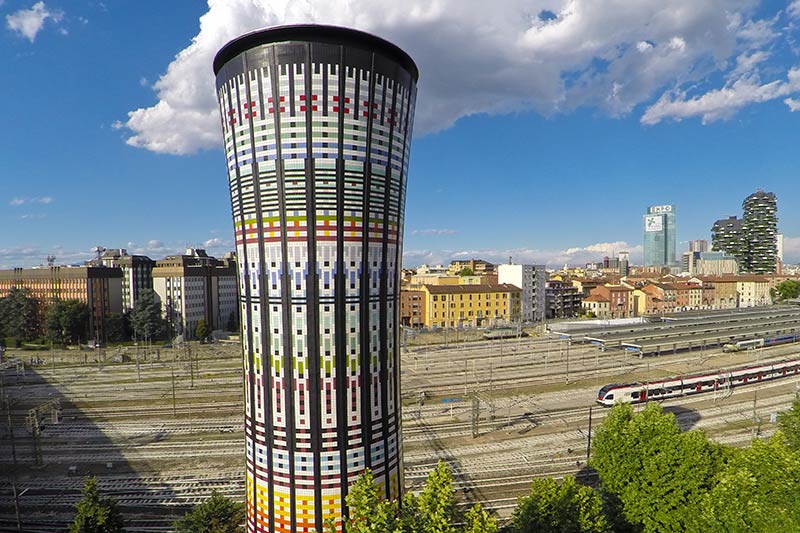 Since then, the Torre Arcobaleno has been a highly significant building for the city, a distinctive symbol of Milan’s colour and creativity, and has gradually become known as a major landmark.

A number of top companies came together with those handling the first refurbishment since 1990 to enable this unusual urban structure – clad with more than 100,000 coloured ceramic tiles – to regain all its original brightness of 25 or so years ago to mark the amazing presence of Expo 2015. 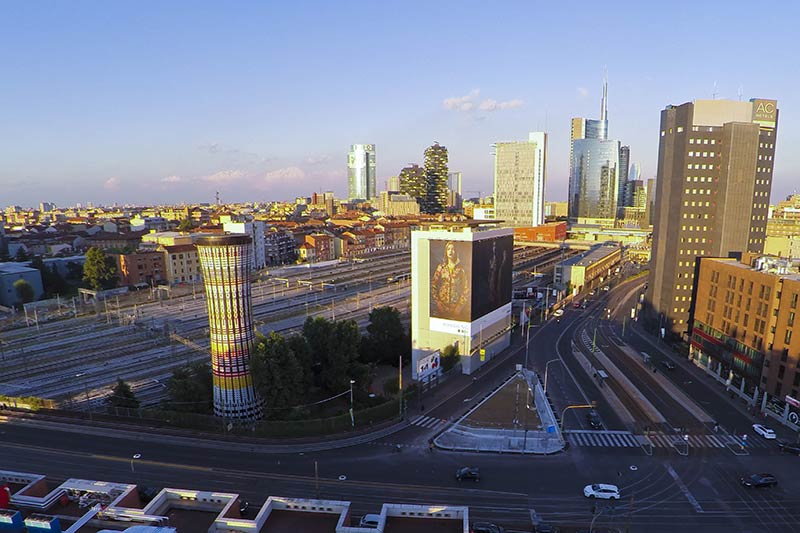 The partner firms in the Torre Arcobaleno renovation project, carried out with the supervisory approval of the City of Milan Public Works and Urban Furnishing Department as the guests of the Italian State Railways, were Bazzea – B Construction Technology, Condor, Fila Solutions, Mapei and Marazzi.

Now as then, in 1990, the project was prepared and the works organised by the Architecture Division of the Milan firm Original Designers 6R5 Network, represented by Francesco Roggero, Albino Pozzi, Rita Alfano Roggero and Kiyoto Ishimoto. 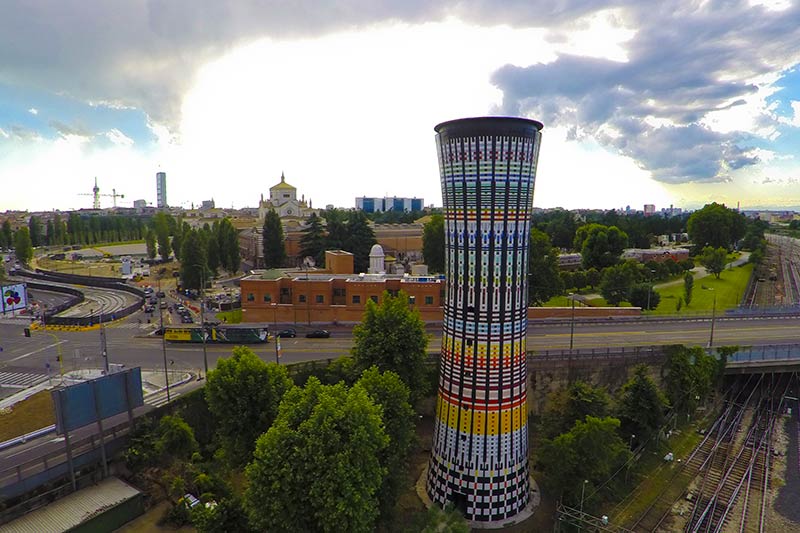 The renovation – all the costs of which were met by the project’s partner companies and architects – is a gift to Milan and the millions of visitors it will be welcoming during Expo 2015. The works were completed in just 71 days, employing 37 workers.

The Torre Arcobaleno forms part of the Wonderline project by Original Designers 6R5 Network, which has been running for a number of years, linking initiatives in the world of art and architecture with the theme of Colour. The colours of the Torre Arcobaleno express the desire to inhabit our planet intelligently, creating a harmony between technology, nature, innovation and tradition. 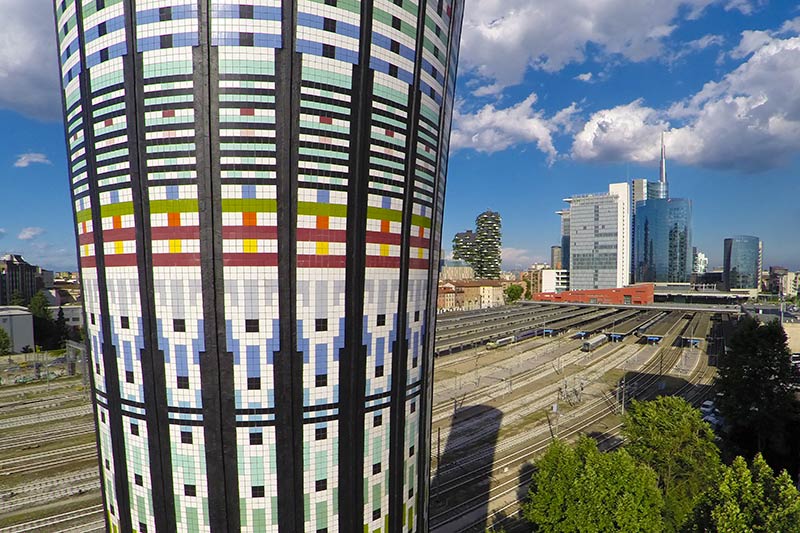 The Garibaldi zone of the nearby Piazza Gae Aulenti is the acknowledged nerve centre of the city’s Business, Fashion and Modern Architecture scenes. The zone, now restyled by futuristic skyscrapers, has adopted the Torre Arcobaleno as its “Colourful Ceramic Totem”, there to remind people of Italy’s Master Potters and the craft origins of an industry famous all over the world for its Italian Excellence.

3 Writers: on a riverbed by Olafur Eliasson