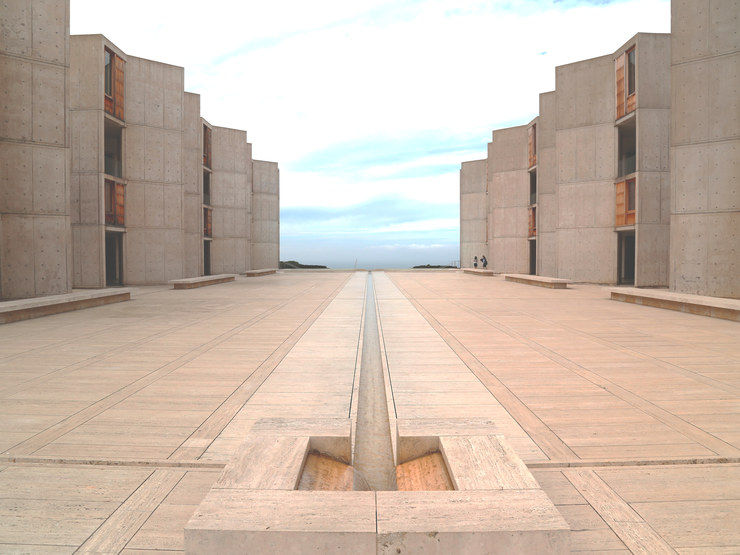 Much has been written about the Salk Institute for Biological Studies, Louis Kahn’s 1965 architectural masterpiece overlooking the Pacific Ocean in La Jolla, California. It is a world-renowned research center founded by Jonas Salk, who discovered and developed the first vaccine for polio in 1950s. His instructions to the architect were simple: It should be “worthy of a visit by Picasso.”

I have studied drawings and photographs of the institute and, back when I was a student, attended lectures by Kahn, but I was not prepared for the almost physical impact of the design. Standing in its iconic central plaza, with that line of water running down the center and seeming to disappear into the ocean beyond, you sense Kahn’s unique ability to integrate architecture, landscape, and purpose—in Salk’s case, science—into a seamless whole.

The intimacy of the place is astounding, which is somehow not at odds with its monumental presence. While photographing, I struck up a conversation with a few institute employees, one of whom opened his cell phone to show me pictures he had taken at sunset the night before. “Every day here is a different experience,” he said. “It never ceases to amaze me, and I’ve been here for 25 years.” […]