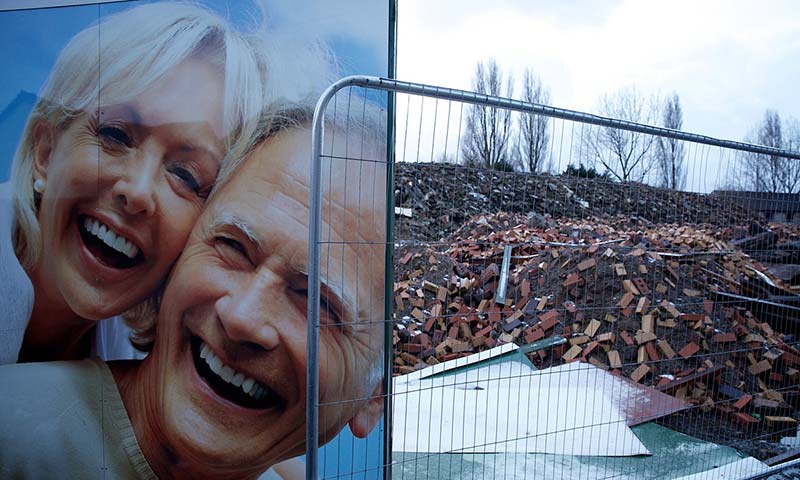 Demos report finds Castleford near Leeds, Kirkby outside Liverpool and Shoreham-by-Sea near Brighton lag furthest behind their city neighbours, while West Bridgford near Nottingham performs best

Britain’s satellite towns are falling behind their city counterparts in socioeconomic terms, new research by the independent thinktank Demos indicates.

Three-in-five towns are under-performing their closest city according to the Talk of the Town report, which mapped the socioeconomic fortunes of satellite towns outside 21 English cities.

Of the 42 towns in the sample, 26 fared worse than their nearest city while 16 rated better based a series of socioeconomic indicators. Towns generally fared less well than nearby cities on some of the most important measures: self-reported good health, disability, educational measures and healthy eating. They also reported higher levels of adult obesity (but lower levels of childhood obesity).

Castleford near Leeds, Kirkby outside Liverpool and Shoreham-by-Sea near Brighton and Hove were found to lag furthest behind their respective city neighbours.

However, it wasn’t all bad news for town-dwellers, with some outperforming their city neighbours. The best performers relative to their nearest cities were West Bridgford (Nottingham), Beverley (Hull) and Sutton Coldfield (Birmingham). […]

Sheppard Robson and the importance of sketching in the design process

August 4, 2014
0
Craig McCormack, director at felix., is currently completing a PhD theorising the relationship between space architecture produced within the space program and science fiction, and the broader discipline of architecture.