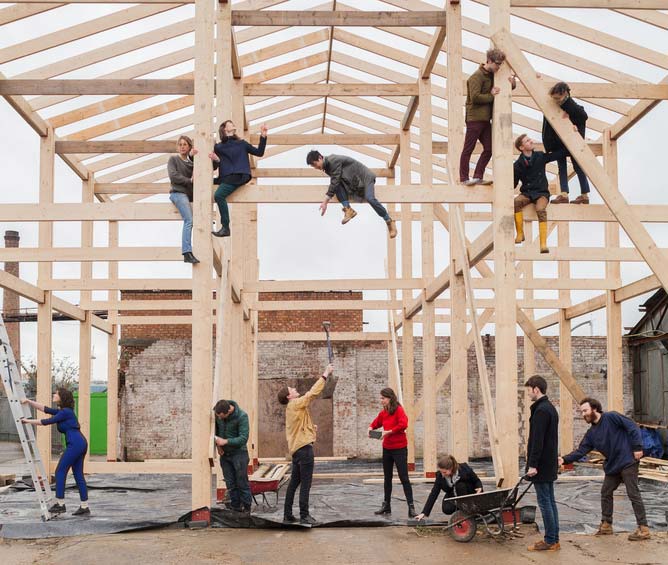 To help me take stock of Assemble’s Turner Prize win I revisited a lecture by 2003 Turner Prize winner Grayson Perry, delivered in Liverpool in 2013. In it, Grayson offers guidance for discerning the boundaries of contemporary art. These include: Is it in a gallery? Is it made by an artist? And the “themepark + suduko” test; does it shock and make us think?

These boundaries have been getting less and less obvious over recent decades, but it will still have surprised many that a group of young architects won the UK’s most prestigious prize in contemporary art – for a project refurbishing houses in Liverpool.

Assemble are a creative collective and the judges saw their work as sitting in a long tradition of collective art practice. I’m not sure Grayson’s markers of contemporary art are satisfied here, but he offers reassurance that art is a “baggy idea”.

In the series of projects in Granby, South Liverpool, that attracted the attention of the Turner Prize, Assemble worked with local people to redevelop the area in a way that was meaningful to them, using its existing buildings. Their client is Granby 4 Streets Community Land Trust.

Assemble became a major player in a successful urban regeneration project, in an area that had been left to decay for a generation. Initiatives which might have seen these streets re-invigorated or replaced had been tabled before but none came to fruition. So this is a very significant project worthy of recognition by a major national award, although an art prize may seem surprising. […]

January 16, 2015
0
Paris’s gargantuan new concert hall is two years late, cost three times what it should, and its architect even snubbed its opening ...