February 25, 2022 (New York, NY) — ODA New York is proud to unveil their first publication, Unboxing New York, published by Actar. Unboxing New York is a behind-the-scenes examination of the changing landscape of New York City since 2010 – revealing the forces, theories, and histories that have transformed the city, while studying the common confinements that architects face. The book weaves together short articles, research pieces, diagrams, and an analysis of key projects including 305 East 44th Tower in Midtown, 10 Jay Street in DUMBO, 100 Norfolk on the Lower East Side and Denizen Bushwick.  Unboxing New York presents the realities behind the hard work and lays out an accessible and engaging roadmap to working within a large, highly regulated metropolis and what it takes to create valuable additions to urban life. 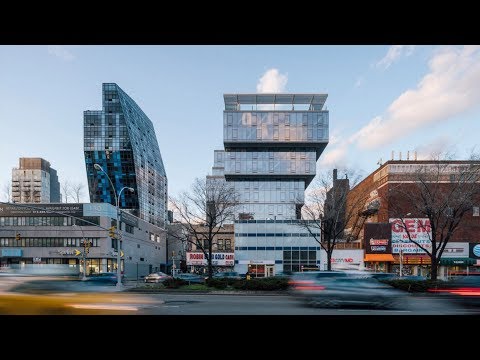 ODA is uniquely positioned to lead this exploration, with prolific experience designing and building over 50 completed projects within 50 square miles of New York. The firm witnessed the city’s rapid development firsthand, and has developed an intuitive formula of decision making to design unique buildings that rearrange priorities and breaks from traditional molds.

“In a city like New York, dominated by regulations and defined by a strong post-crisis development boom, the architect is bound by varied constraints,” explains Eran Chen, founder of ODA. “Code, market, and zoning are words as common in the architect’s vocabulary as context, proportion, and light. Consequently, residential architecture has shifted its focus from fundamental qualities of living. In Unboxing New York, we investigate these topics to recover the power of design to affect change. Design is a tool that can help us improve lives and accommodate the individual’s needs, allowing them to adapt to the world we live today.”

The wonder and challenge of urban life is the incongruous state that often comes with it—the sense of being trapped between public excess and private restriction. The role of the architect isn’t to define these parameters; it’s to create connections that foster diversity of space and experience.

Since the enforcement of New York City’s first zoning code in 1916, limitations have been placed on how a building looks, grows, and functions, among other things. But opportunity is the twin of adversity, and the changing nature of this city invites new pathways for expression.

Architects and developers approach a common goal from different perspectives, oftentimes with conflicting priorities. It’s a co-dependent relationship known for being charged with friction, but is that changing? As the paradigm for architectural development advances, so do the roles of its key players.

The stories told aren’t always the stories we tell ourselves. As the communication landscape further evolves into a multimedia hub of complex needs and individual desires, the nuances of messaging become all the more critical, and the line between imagination and reality can be effectively blurred.

The final product. The end result. The manifestation of an architect’s ideas. Creating something real is what this work is all about, and that means unifying a collection of disparate parts to realize a singular vision.

“We’ve been educated that design is the ultimate goal and while design clearly is where everything starts and finishes, it’s not a goal, but a tool,” explains Chen. “Design helps us to improve cities and improve people’s lives in cities and by acknowledging that, then perhaps we can look at other tools at our disposal in the same creative fashion.”

ODA is an office of architecture based in New York. Since its inception in 2007, ODA has quickly emerged as one of the most recognized firms of its generation, promptly establishing a reputation for delivering imaginative and mold -breaking designs. Seeking to reorder architectural priorities by putting people first, ODA challenges conventional perspectives of dwelling that will, over time, influence life in our cities. Through a range of projects, ODA seeks to reconcile the conditions of vertical urban living with the qualities which benefit and nurture us as human beings: the desire for protected shelter while observing wide perspectives, the seamless transition between indoor and outdoor spaces, and the general improvement of life through good design. This prolific firm has designed and built more than 50 projects in New York City alone, and are expanding their breadth of work into US cities such as, Detroit, San Francisco and Los Angeles, as well as overseas in London, Paris and Rotterdam – making them uniquely positioned to lead the discourse of living in urban environments. ODA’s buildings celebrate life, catalyzing change in their immediate environments. www.oda-architecture.com

Anton G.
Anton joined Architecture Lab in 2017 and ever since the platform grew exponentially becoming the global reference point in design for creatives around the world, ranging from DIY enthusiasts to interior designers, architects, engineers illustrator and design amateurs.