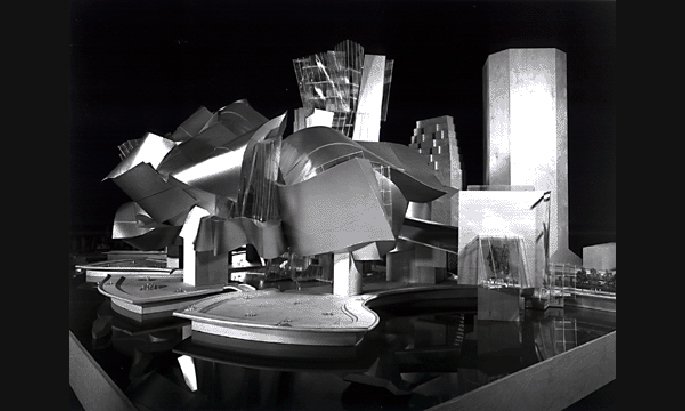 The Foundation Louis Vuitton in the Bois de Bologne in Paris recently opened and was another kudo for architect Frank O. Gehry whose Bilbao, Spain, branch of the Solomon R. Guggenheim Museum in 1999 was widely regarded as the most important architecture project since the opening of the Pompidou Center in Paris in 1975. All these projects are Deconstructivist; they don’t fit easily into boxes and are not symmetrical. Their aesthetic tends to be chaotic, disorganized, aggressive, random and definitely unconventional, but also absolutely heroic, proud and defiant.

The Pompidou Center was huge and intimidating, a gargantuan power plant for some unfinished but gaily painted super ocean liner. By comparison, the Guggenheim was a shiny swirl of silvery metal cascading by its riverfront location in a staccato flurry of flamenco stomps. Vuitton is a whole other gesture altogether; an organic amorphous form about to devour a city, formed of glass, wood and concrete in rearing and overlapping fashion, a mad dash about enclosure.

All of these might just amount to a sophisticated bowl of cherries for architecture aficionados, except that this project was a baby of Bernard Arnault, the head of the luxury conglomerate that runs not only Louis Vuitton, the purser, but also bubbler Moët & Chandon, sipper Hennessy, dazzler Bulgari and fashionistas Dior, Fendi and Givenchy—all One-Percent darlings. These, of course, are not the only platinum brands but they’ll certainly do in an all-so-sizzling and svelte pinch. ….

Smart glass and the internet of things will make your office...