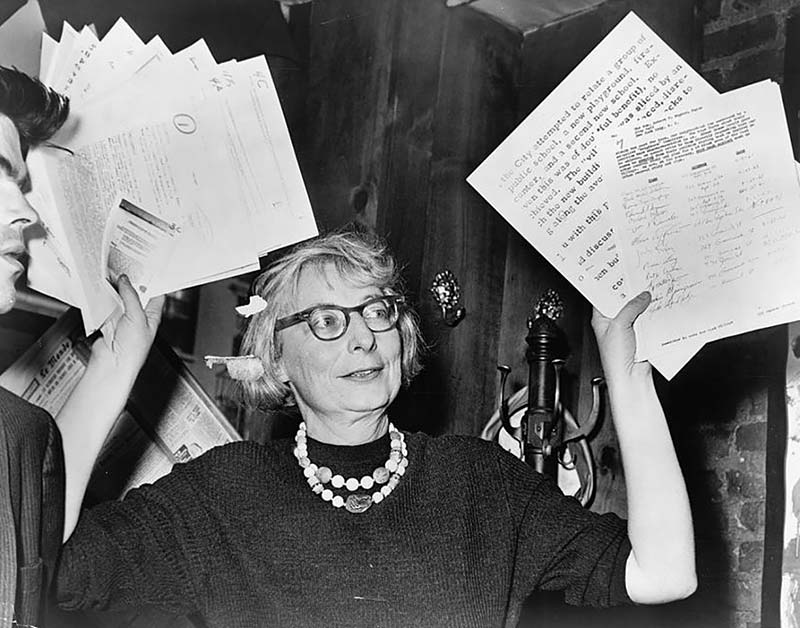 Jane Jacobs wrote the book on urban revival, but New York’s recent success poses questions that she never had to confront.

A scrawny tree grows on Broome Street in downtown Manhattan, its presence modest and easy to miss. No plaque informs passersby that the tree was planted in honor of Jane Jacobs, the writer and activist whose advocacy and ideas about how cities thrive saved not only this street but all of SoHo, Washington Square, and much of Greenwich Village from destruction. The tree commemorates Jacobs’s now-legendary (and victorious) nine-year battle with her nemesis, city planner Robert Moses, the champion of vast urban-renewal efforts that tore up entire neighborhoods in favor of bridges, expressways, and gigantic public-housing projects. Moses’s initiatives, which included trying to make New York more automobile-friendly, made him, for Jacobs, “the master obliterator”—a slayer of cities.

When Jacobs’s classic book, The Death and Life of Great American Cities, first appeared in 1961, New Yorkers were fleeing the city for the safety and security of the suburbs. New York was struggling to fill commercial space and attract investment, and tourists were staying away because of high crime and failing city services. Jacobs didn’t believe that New York was fated to decline. Death and Life was an opening salvo of her war on the then-fashionable notion of urban renewal, which, she argued, would make the city’s problems much worse by bulldozing living neighborhoods.

From her modest house on Hudson Street in Greenwich Village, Jacobs championed the “intricate sidewalk ballet” of life. City streets and neighborhoods, she believed, should have—and, at their best, do have—more than one primary function, with new and old buildings mixing residential and commercial uses. Blocks should be short and populations dense, to ensure pedestrian traffic and what Jacobs called “eyes upon the street, eyes belonging to those we might call the natural proprietors of the street. The buildings on a street equipped to handle strangers and to insure the safety of both residents and strangers, must be oriented to the street. They cannot turn their backs or blank sides on it and leave it blind.” […]

What Are Passive Houses And Are They Worth It?

David Adjaye: Architecture as an instrument of peace