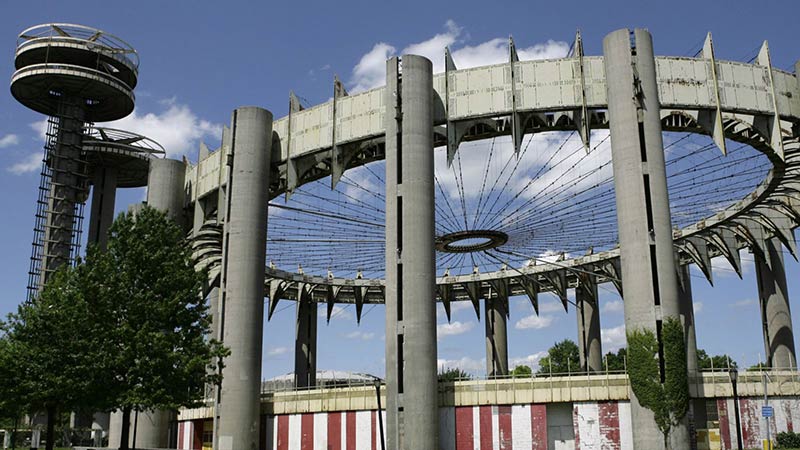 What would you do with a colossal, space-age themed pavilion and three towers?

The US National Trust for Historic Preservation has launched an international ideas competition seeking the best concepts for reviving just such a structure, an architectural marvel that welcomed millions of visitors to the 1964–65 World’s Fair in Queens, New York, and has since suffered decades of neglect.

The winning idea won’t necessarily be put into action—but it will earn a cash prize, become part of a museum exhibit, and help the preservation trust draw attention to one of New York’s most unusual landmarks.

Then-governor Nelson Rockefeller commissioned architect Philip Johnson to imagine a structure worthy of the fair’s futuristic theme, and of the Empire state’s grand ambitions, to serve as the state of New York’s pavilion at the event. The legendary modernist architect delivered a design for the largest and tallest structure in the fairgrounds. […]

How top Canadian architects designed a Pan Am district from scratch

August 1, 2015
1
Take a crowd of Canada’s top architects, put them in a room and ask them to design a dense city neighbourhood ...