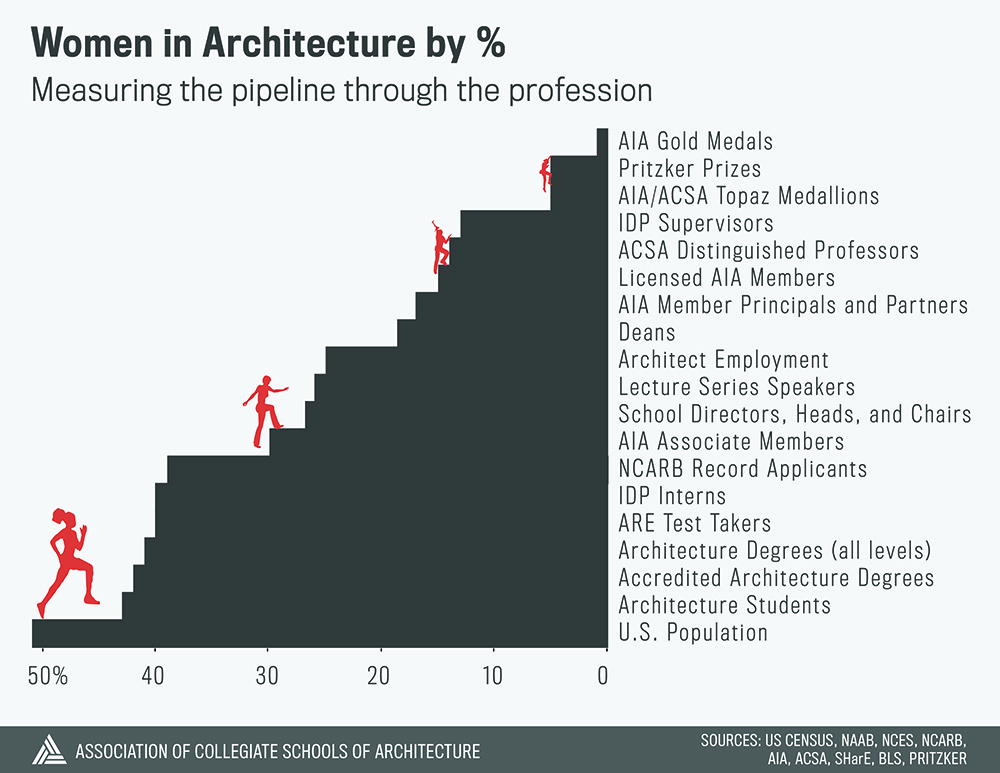 The farther up you look in the world of architecture, the fewer women you see. In this chart, we’ve rounded up some common and publicly available metrics behind this claim. Like thousands of aspiring architects, we’ll start at the bottom and work our way up—while also pausing on the way to consider what these measures mean.

U.S. Population: The Census Bureau reports that in 2013, 51% of the 316 million estimated people residing in the United States were women.

Architecture Students: In its most recent annual report (2013), the National Architectural Accrediting Board (NAAB) indicates that 43% of a total of 25,958 enrolled students in NAAB-accredited architecture programs (B.Arch, M.Arch, and D.Arch) in 2012-13 were female. Although the representation of women in architecture schools has been steadily growing, women still represent significantly fewer than 50% at this early stage.

Accredited Architecture Degrees: NAAB’s most recent Report on Accreditation in Architecture also shows that in 2012-13, 42% of a total of 6,347 accredited architecture degrees were awarded to women. Because a NAAB-accredited degree is a requirement for licensure in most states, earning this degree is a clear and measurable moment in the “pipeline” into the profession. […]

Inside N.Y.C.’s Plan To Fight Climate Change Through Architecture

May 9, 2017
0
The city wants architects to start designing for bigger, badder weather.