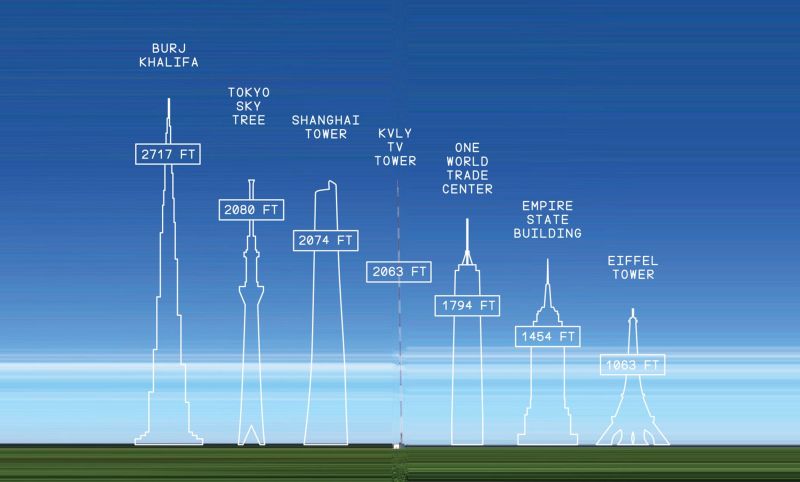 Name the tallest structures in the world. Maybe flashy skyscrapers in China or the Gulf States come to mind. Or maybe you’re thinking of U.S. icons like One World Trade Center in New York or the Willis Tower in Chicago.

You’re almost certainly not thinking of TV towers. But dozens of nearly anonymous towers around the United States, most in small rural communities, dwarf all but the tallest man-made structures in the world.

Or the Diversified Communications Tower in the unincorporated community of Floyd Dale, South Carolina. At 2,000 feet (609.6 meters), it’s close to double the height of the Eiffel Tower.

Around the country, TV broadcast towers like these, unheralded but sometimes record-breaking, keep millions of Americans connected. And as the way we watch TV is changing, the industry behind these towering structures faces turbulent times.

The KVLY tower rises out of the flat countryside like a needle. It’s so narrow that it’s just a vertical line on the horizon until you get close up. Built in 1963, it was the tallest structure in the world for many years. ….

Chicago’s Marina City will be considered for landmark status