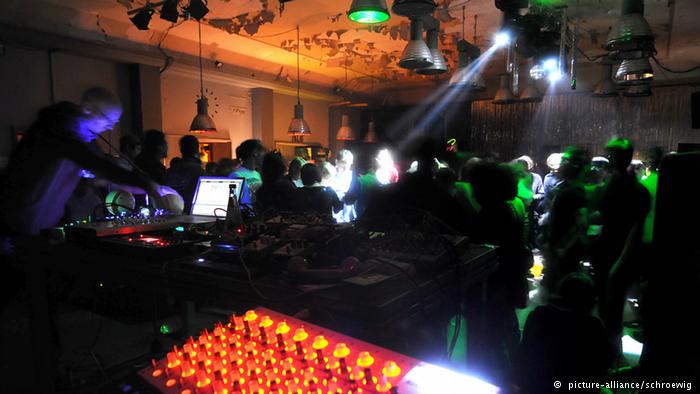 DW: You would like to establish nightlife as part of urban planning. Why is that?
Jakob F. Schmid: Nightlife is often considered an urban indicator and is important to any city. On the other hand, the night economy – that is, clubs, pubs and discos – also create specific problems for many cities. The keyword here is noise pollution.

These issues are often spatial, which make them a fundamental part of urban planning. That aside, nightlife often defines the character of entire streets or districts. In German-speaking countries, there isn’t a great deal of research on the issue and the discourse about it tends to be problem-focused and very restrictive. Unlike areas such as retail, local authorities and urban planners know very little about the patterns of the night economy. With our research project “City After Eight” we want to make an impact and offer formula-based recommendations for urban planning and city marketing.

What do you already know about the importance of the night economy?
Following preliminary research into 12 German major cities we are now working on three in-depth case studies. There has been recognition of the importance of the night economy, particularly in Berlin. There is also a well-established discourse between urban policy makers, industry and lobby groups. The stakeholders know very well why Berlin is so popular among young people, even if there are no reliable figures.

A publication in 2009 suggested that around 10,000 visitors to the city per weekend came to “go out” – purposely coming not in order to sightsee, but to party. Here in Hamburg we have in St. Pauli an established entertainment district which is also integral for tourism. The nightlife of an area has always been essential to its image, and travel guides always have separate chapters dedicated to nightlife as opposed to just drinking and eating. ….

February 16, 2016
0
Exterior construction has almost been completed on MVRDV’s shopping centre, the Chongwenmen M-Cube which sits in the heart of Beijing.