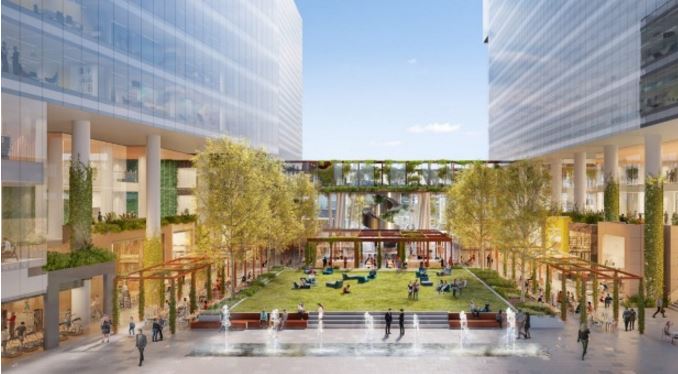 Architectural heavyweights Denton Corker Marshall and Fender Katsalidis have been engaged to design the large-scale mixed-use developments for the area, though interestingly, the hype surrounding the project is not primarily focused on the buildings, but rather, the innovative green space that binds it.

As the public gains an appreciation for well-designed spaces at ground level, people now recognise the potential for spaces to encourage engagement and facilitate the kind of genuine, organic sense of community crucial to the enduring success of new urban projects. As a result, urban design has shifted to prioritise the increased functionality and appeal of communal space over individual buildings. Increasingly, as Niche Media and Gorman/Birrell’s Architecture and Design Forecast 2016 suggests, “some architects are now conceiving the public space of new urban developments even before they conceive the private amenities.”

Managing director of Lendlease’s urban regeneration business in Australia, Jonathan Emery said, “Melbourne Quarter is designed to connect people with nature in buildings and in the urban environment to improve amenity, productivity and liveability”.

Over half of the Melbourne Quarter area will be given over to open public space, including a neighbourhood park off Flinders Street and the project’s greatest drawcard, a 2000 square metre Sky Park elevated above Collins Street. In order to maintain a sense of the distinctive urban scale of Melbourne within a potentially disparate large-scale development, the project will introduce a new laneway extending between Collins and Flinders streets. […]

A Honeycomb Hotel Made for Music Festivals

August 5, 2014
0
Another emerging option for festival goers: Booking a pod in one of these funky honeycomb hotels. This odd-looking structure is called a B-And-Bee.