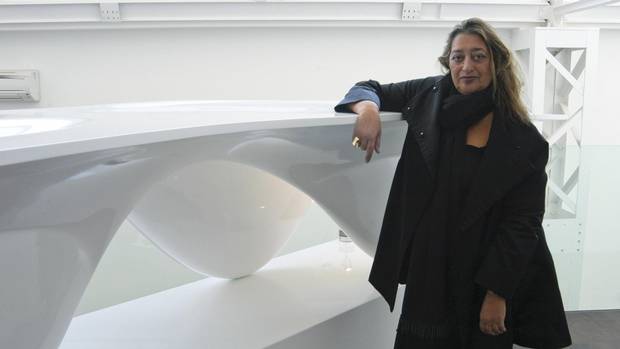 Zaha Hadid, a singular figure and the most prominent woman in the world of architecture, has died. She was 65.

According to a statement from her office, Hadid died in a Miami hospital Thursday morning, having suffered a heart attack while being treated for bronchitis.

Hadid was brilliant, often impolitic and radical. Winner of the Pritzker Architecture Prize in 2004, she was a leader in many respects: Her language of flowing, complex forms and her innovative use of computers in the design and building process made her a pioneer, and – for better and for worse – she has been widely imitated for two decades.

In recent years, her designs for the London Aquatics Centre for the 2012 Olympic Games, the MAXXI museum in Rome and the Heydar Aliyev Center in Baku, Azerbaijan, were all hailed as formal masterpieces: expensive and sometimes impractical, but unquestionably advancing the art of architecture.

Hadid, born to an affluent family in Baghdad in 1950, was educated at European boarding schools and then the American University of Beirut before attending London’s prestigious Architectural Association School of Architecture. Hadid established her own office in London in 1979, a moment when an economic downturn and an intellectual malaise were plaguing architecture. She became a prominent avant-garde figure during this era of so-called “paper architecture,” alongside figures such as Daniel Libeskind. […]

June 14, 2016
0
The brand new leisure complex and cultural centre captures the spirit of the once mighty but now defunct shipyards, docks and the grid warehouses at La Seyne-sur-Mer