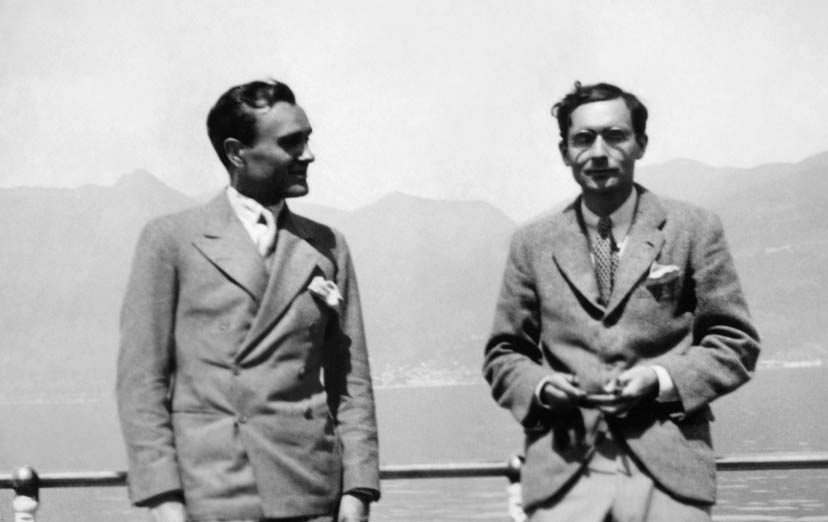 In the 1930s, Alfred H. Barr Jr. and Philip Johnson became known as ambassadors of Modernism in North America, experimenting with Bauhaus concepts in both their work and their homes.

Alfred H. Barr Jr., founding director of the Museum of Modern Art (MoMA), and Philip Johnson, first director of its architecture department, were two leading proponents of the Bauhaus movement in America. With a “practice what you preach” approach, they used their own apartments in New York as design laboratories, testing their ideas about modern living through the use of furnishings, objects, and art by leading members of the European and American avant-garde of the 1920s and 30s. Their shared design sensibility can now be seen in Partners in Design: Alfred H. Barr Jr. and Philip Johnson (The Monacelli Press, October 2015), a book and touring international exhibition that kicks off at the Montreal Museum of Fine Arts (MMFA) in Quebec this April.

The idea for a show on Barr and Johnson came to David Hanks, curator of the Stewart Program for Modern Design at the MMFA, when Victoria Barr, daughter of Alfred and his wife, Marga, donated the modern furnishings of her parents’ apartment to the Montreal Museum of Decorative Arts (now part of the MMFA). “The gift included furniture designed by Philip Johnson and used in the Barr apartment,” says Hanks. “When we discovered that the Johnson and Barr apartments were in the same building, a floor apart, the comparison of the two interiors and the story of the personal and professional relationship of the partners was compelling.” That collaboration resulted in their Modern Architecture and Machine Art shows at MoMA, still considered landmark exhibitions. Here we examine the two premier ambassadors of Modernism in North America through their apartments and their furniture, which point to the genesis of a Bauhaus Modernism that is still influential today. […]

May 1, 2011
2
T3arc built this house around a piano whose sound had to be contained. It is a house that seems in constant motion by light. ....