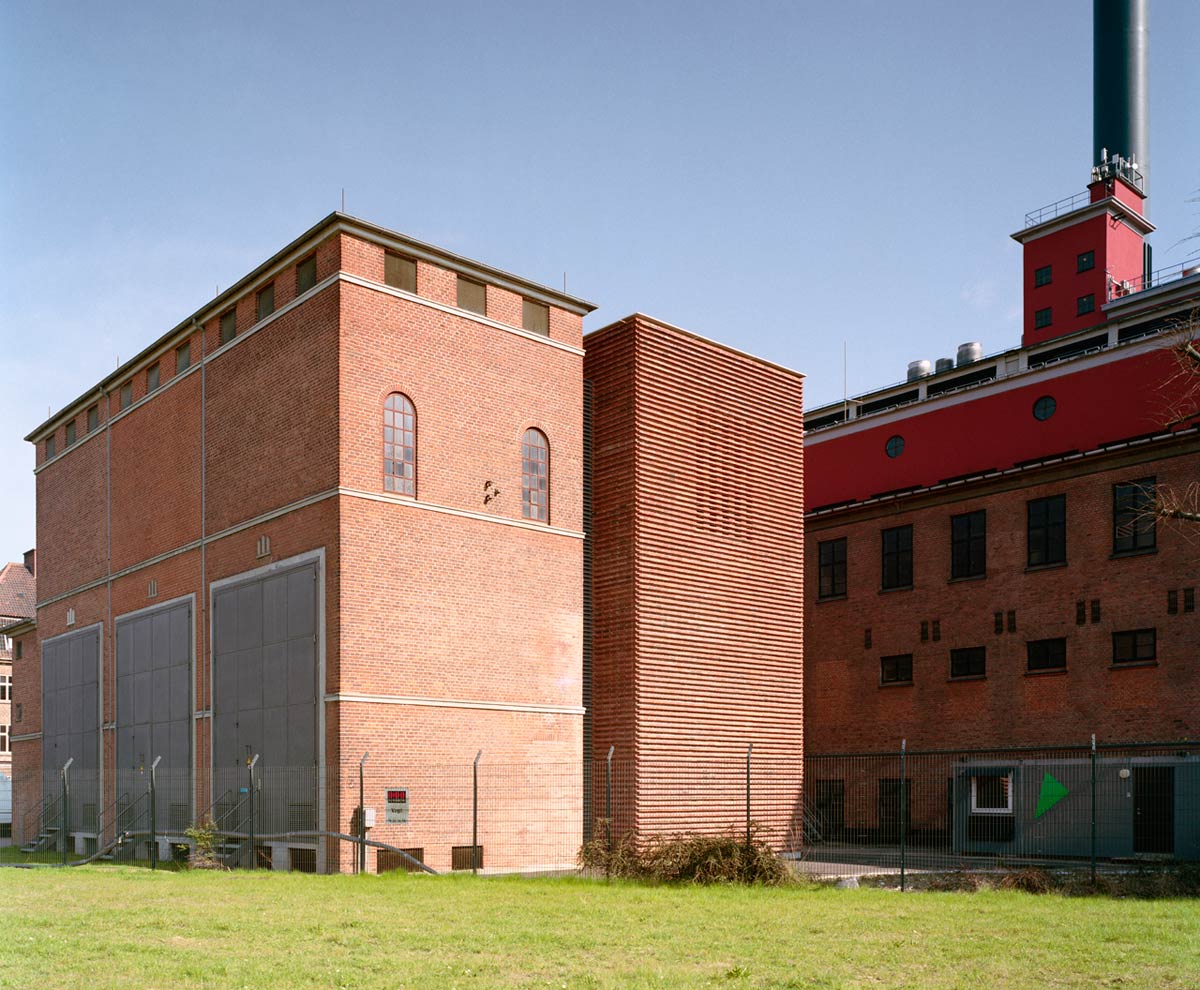 In connection with the extension of the 10kV switching station at the H.C. Ørsted CPH Plant, Gottlieb Paludan Architects reinterpreted the traditional brick façade, utilizing the potential and minimizing the limitations of the modern facing wall to create a contemporary technical facility that would integrate with the historical buildings at the site. 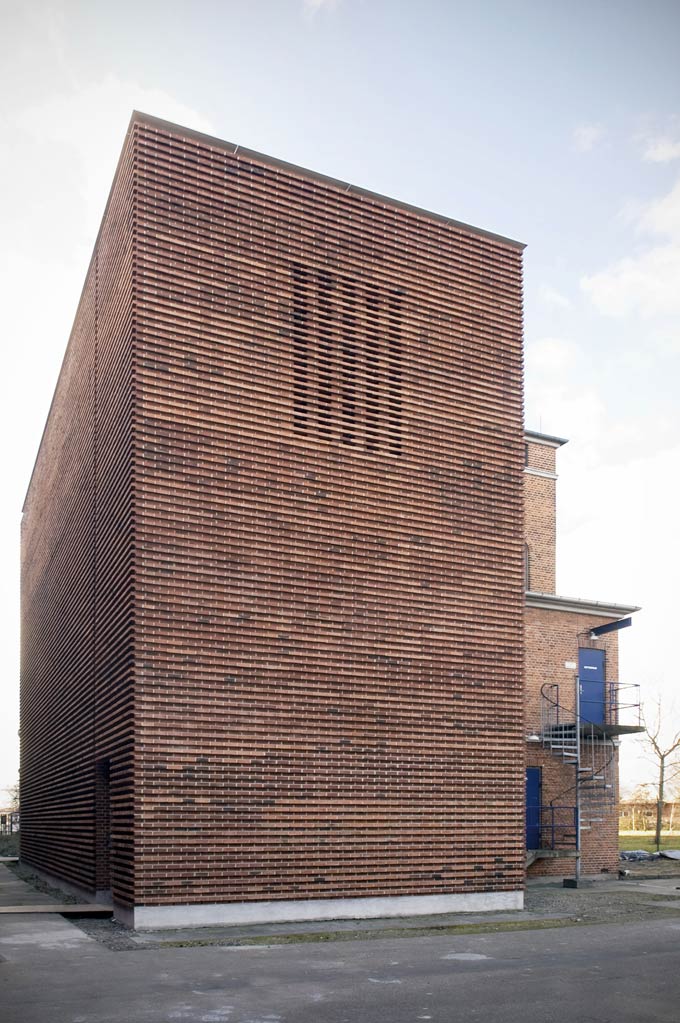 As it was no longer possible to service and repair the existing technical facilities, replacements had to be installed and — to increase the challenge further — it had to be done while the original equipment maintained operations. The original building from the 1920s had been extended several times, and the brief was therefore to create a new cohesive design that would incorporate the various small structures at the site and also preserve the link to the past, still evident in the existing buildings. 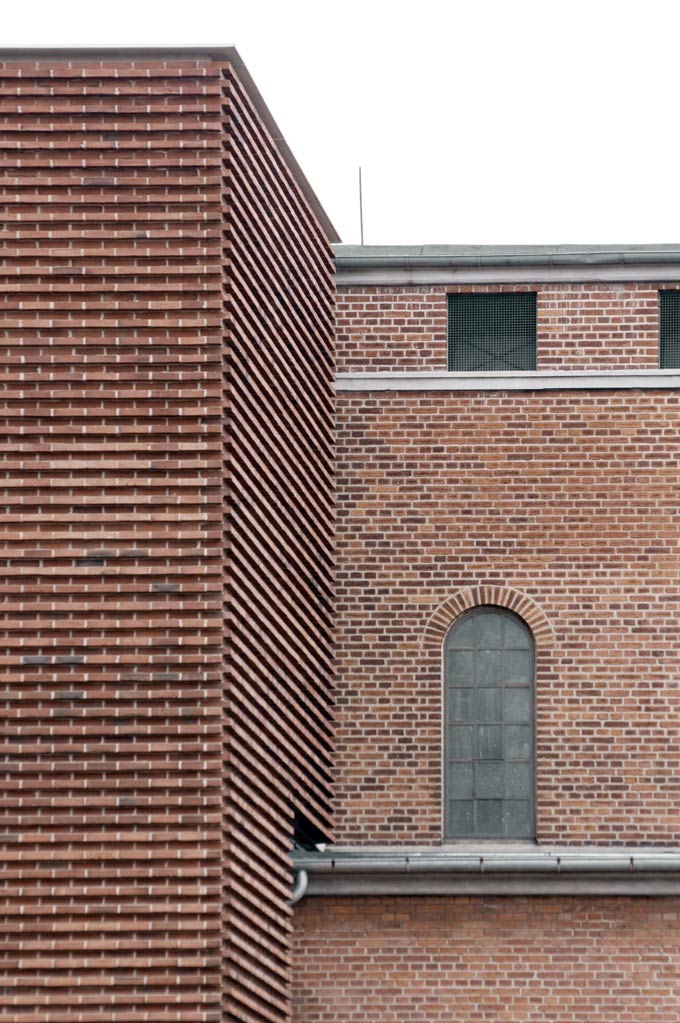 The new plant was built above and around the old as a concrete building with steps at either end. In this way, the building retained the same height as the existing facility, and the length was adjusted to provide space for any future extensions within the geometry of the building. The new brick façade wraps itself around both the new floors and the old switching station. 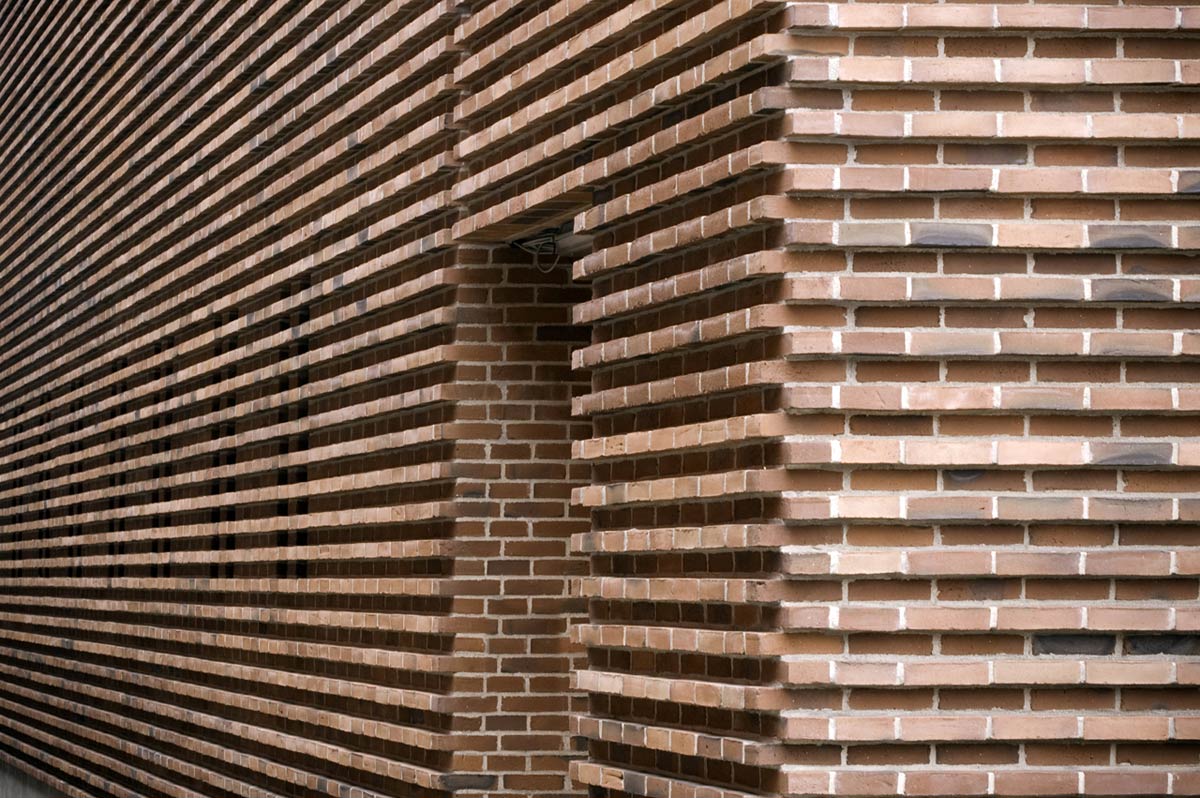 The distinctive brick façade has a uniform surface which encloses the technical facilities and brings together the various elements creating the ‘twin buildings’. Every other row of bricks is laid using traditional bricks while the rest are laid with extra wide bricks which sit proud by about five centimetres, creating a ribbed texture. The rows are swapped around at the corners, producing an exquisite toothed pattern. The expansion joints, which are a technical necessity, stand out as distinct vertical lines by the doors on the long side of the building. Gables and long façades have grate-like openings in the brickwork, letting in daylight and providing smoke ventilation in the event of fire.

How much are curators really paid?

November 28, 2015
0
The location on a steep south-facing slope required an access to the house from the public road running below to the site situated about 12 metres higher.