Imagine returning home after a long day, getting into the shower expecting a relaxing wash and then have a grimy and slimy shower head above meekly pouring off a sad stream over your face. Life’s a war, right?

Well now, it doesn’t have to be this way all the time. It only takes for you to clean out your shower head or better yet, replacing them once in every 6- 8 months for having that splendidly refreshing shower that you deserve.

Here are specific factors that need to be considered for replacements and cleaning of shower heads.

Changing a Shower Head and How Often You Should

Clogging and blocking of shower heads become all the more common if the quality of your water provided is harsh with a high amount of mineral content in it. Generally, bath water is chemically treated to make it suitable for consumption and bathing. But the problem arises when the water sits in the pipes for too long accelerating the chemical and mineral deposits in the fixtures.

Calcium deposits are a significant issue when it comes to clogging as this forms substantially bigger particles on the inside of the shower heads or even between the filter screen within it. This can cause the water pressure to decrease. They also form scales on pipes.

Iron causes rust corroding away the pipe joints, shower arms, and shower heads. Changing shower heads when such a problem is noted lowers the risk of polluted water being released from them. 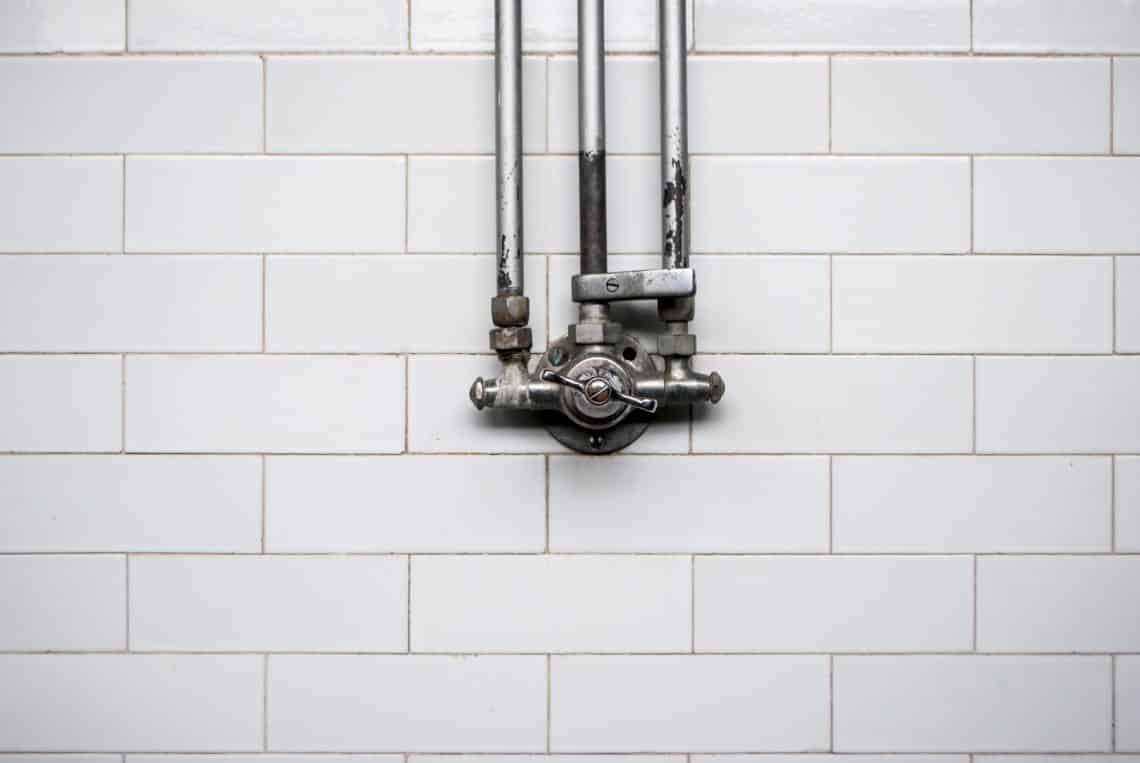 If you do see a lot of weird black dots on your shower head, that possibly could be black mold. Black mold is complicated to get rid of and can cause a number of health issues. Other possible pathogens could include Mycobacterium Avium that can cause pulmonary infections, and Stenotrophomonas Maltophilia that survives on the black slime gathered around taps and shower joints.

Shower heads become a suitable breeding ground for several other germs, mold, and bacteria over time as they are located in hot and humid environments that facilitate microbial growth.

The presence of slime may restrict proper removal of irritants and germs attempted with a solution wash. Moreover, hot sprays might disperse bacterial spores into the air that may infect your entire house.

Also, plastic shower heads tend to carry a lot more of these germs than metal ones. Consider switching on to stainless steel showeheads if you haven’t already.

Replacement of shower heads is a must in such cases. 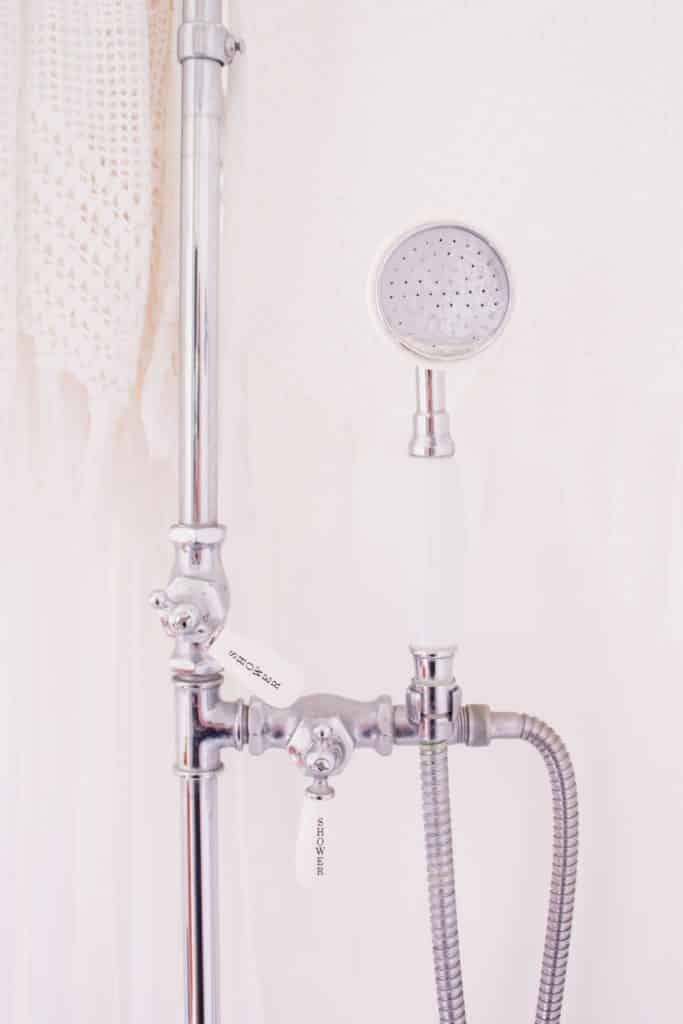 If not, you may consider buying one with a filter in place. Filters purify the water that runs from your shower collecting all the larger particles of sediments and prevent clogging and blockage.

These also help in preventing microbial growth by eliminating existing bacterial colonies within your bath fixtures.

Installing shower filters is a cost-effective way of maintaining cleanliness of your shower heads as you will only have to replace the filter within instead of changing the entire shower head.

Now let’s get to the part where you can change your shower head with ease.

Here’s a simple DIY for you

Make sure that you have all the parts and instruments needed, in order to replace your shower head, at hand.

This should include things like washing solutions like vinegar or peroxide solutions to effectively clean out shower heads and shower arms as well as the connecting pipes.

You should have clean pieces of clothes or rags to wipe away grime and excess solutions. You will need a pair of good pliers, preferably Monkey pliers and slip joint pliers to remove shower heads and arms effectively. You will also need a good wrench.

Plumbing tape or Teflon tape comes in quite handy in case of leaky joints and fixtures.

Also, do consider an application of anti-corrosive solutions to the rust-prone parts of your plumbing before installation of newer components.

Turn off all the faucets before you replace the shower head and shower arms. Make sure you have clean and dry working space to avoid any accidents while working. You can lay down a tarp or an extra blanket to make sure it’s not slippery.

Now use the wrench to clamp down at the base of the shower head to effectively remove it. Certain shower heads are comparatively easier to remove by just unscrewing the top. Turn it counter-clockwise and take it off. If it does not come easily off, take the pair of pliers to gently turn the joint and lightly pull it off the joint.

Avoid putting vigorous force or jerking the shower head off abruptly as you may end up damaging and turning the connecting pipes. Always wrap around clean pieces of clothes or rags to hold the fixtures while removing them.

Once you have effectively removed the shower head off the pipe joint, clean all the dirt and sludge out thoroughly.

You can use a vinegar solution or for more tough stains and slime, a solution of peroxide to soak your shower head in overnight. This will help to remove mold or sludge out. Wash the shower head and threads out thoroughly after soaking. Use a toothbrush or pointed object to remove any traces of grime or even leftover bits of tape that had been previously used. This should also remove any traces of rust.

Let the shower head threads and joints dry out entirely before re-installation.

After a good cleaning of your shower head, you can reinstall it by following a few simple steps.

If you are considering getting a new one, you can go for the one with filter screens placed within them. There are several cost-effective ones with more modern and advanced designs that give you a more relaxing shower. These are also easier to remove and clean.

Use plumbing or Teflon tapes to cover the threads of your shower head completely. Make sure to use at least 3 turns of tape so that it does not unravel while screwing on the shower head. This will prevent any possibility of leakage.

Clamp down the wrench onto the base of the shower head holding it with a piece of cloth or a towel and gently screw on the shower head clockwise to the pipe joint securely. If it’s difficult to screw on, use the pair of pliers again to secure it into place.

Turn on the faucets after a period of rest between installation and usage. Check the water pressure to make sure your shower head is working correctly.

Always make sure to clean out your shower head and check it’s efficiency once in every six months at least. If any of the mentioned problems are observed, consider a replacement immediately. 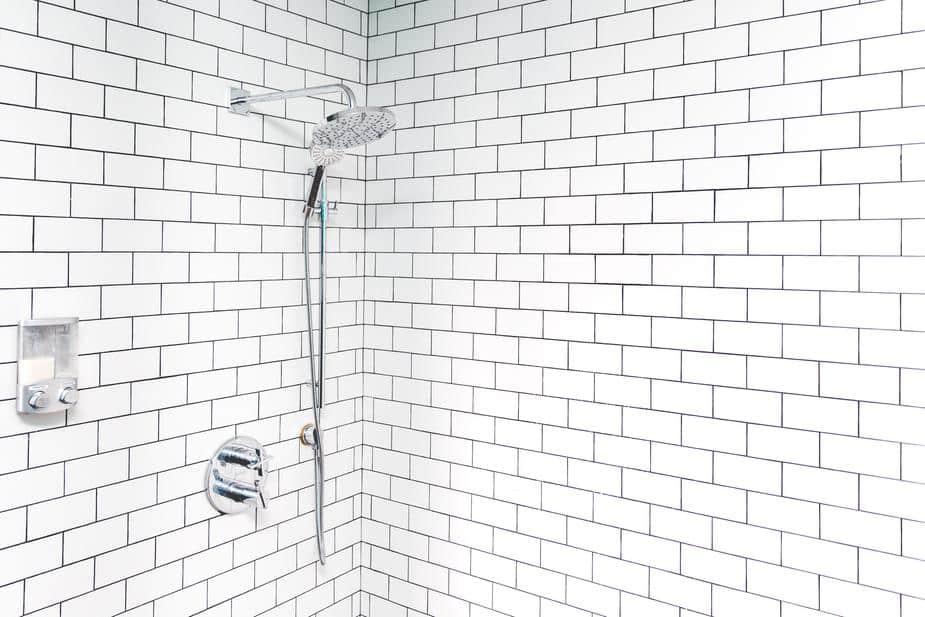 Image via Matthew Henry from Burst

Hope you liked our guide listing the ways you can manage and change your shower heads.

Though it is but natural that we forget to manage our shower heads due to our busy schedule, you should always prioritize your family’s health first. In no way should you let your existing shower head exceed the span of a full year without replacing.

How to Remove Calcium Deposits from Shower-heads With Vinegar

How Cleaning a White Fiberglass Shower or Tub Works

Wood Filler vs. Wood Putty [What Should You Use]

Learn How to Remove Paint From Brick

How To Paint Without Leaving Brush Strokes

Townhouse at The Hague / cepezed

Documentation and renovation, as seen from a scaffold

Learn How to Remove Paint From Brick

June 23, 2021
0
Planning to scrub and scrape paint off brick walls? Spoiler alert! It probably won’t go according to plan because bricks are porous, and paint penetrates...